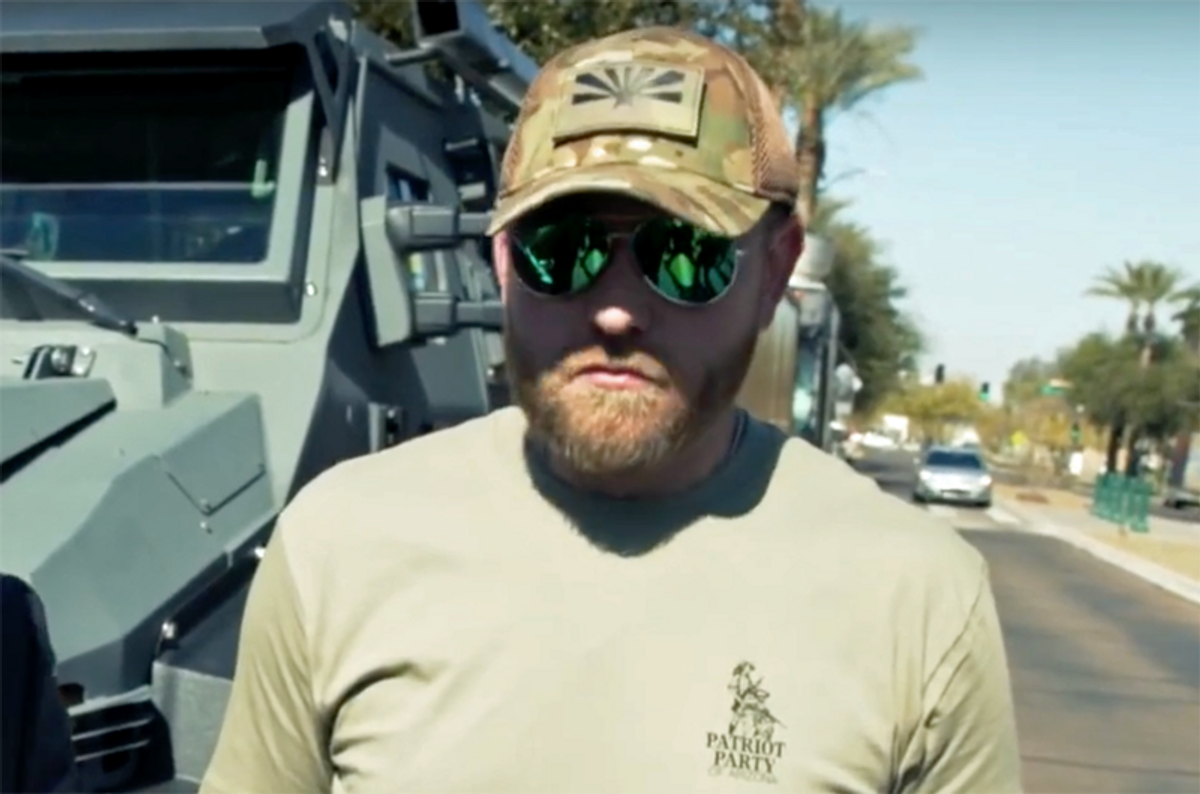 The far-right freakout over the teaching of critical race theory resulted in the arrest of an Arizona man on Thursday.

"A member of a right-wing Arizona group that has protested COVID-19 closures and school equity programs was arrested Wednesday outside the Chandler school board meeting after a disturbance," the Arizona Republic reports. "Steve Daniels, chair of the Patriot Party of Arizona, was arrested on suspicion of criminal trespassing after a school representative and police officers asked Daniels to leave the district office and he refused."

"Critical race theory seeks to highlight how historical inequities and racism continue to shape public policy and social conditions, but critics often conflate it with culturally responsive teaching or any diversity and inclusion efforts in K-12 schools," the newspaper reported. "The arrest comes as parents and conservative groups challenge school boards across the state on diversity and equity initiatives and mask policies. The controversy has led to recall efforts and allegations of open meeting law violations in Litchfield Elementary School District and has been spotlighted by local conservative talk radio host James Harris on his program."

The newspaper has reported on the Arizona Patriot Party's evolution from sharing racist memes on Facebook to becoming a force in Arizona politics.