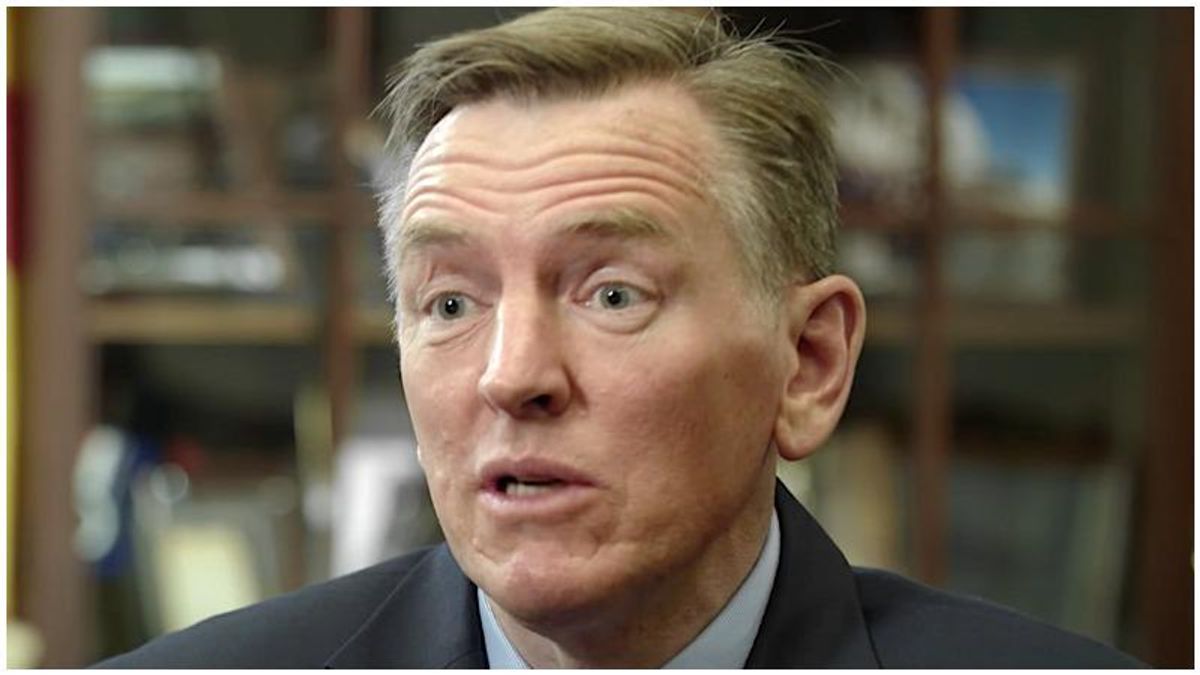 This Friday, Arizona GOP Rep. Paul Gosar skipped a vote on the stimulus bill to attend a white nationalist conference in Florida that was organized by white nationalist Nick Fuentes, who reportedly partook in the storming of the U.S. Capitol on Jan. 6 and was also a participant in the deadly Charlottesville white nationalist rally in 2017.

In an op-ed published at the Arizona Republic this Monday, Laurie Roberts wants to know why no Republicans have stepped forward to condemn him.

"He's the congressman who told us the 2017 'Unite the Right' white supremacist rally in Charlottesville, Va., was really a left-wing plot masterminded by an Obama sympathizer to make Donald Trump look bad," Roberts writes. "The congressman who last year sent out 23 coded tweets laying out a conspiracy theory about the death of Jeffrey Epstein, the billionaire financier/child sex trafficker found dead in his Manhattan prison cell in August 2019."

For Fuentes, Gosar showing up at the America First Political Action Committee (AFPAC) conference was a "big score," Roberts writes.

After Gosar wrapped up his speech, which touched on subjects such as immigration and social media censorship, he was immediately followed by Fuentes who warned that "white people are done being bullied" by groups like Black Lives Matter, which he said wants to create "a new racial caste system in this country, with Whites at the bottom." Fuentes also ranted about America needing to protect its "white demographic core" and praised those who stormed the Capitol.

This Saturday, Gosar tried to do damage control, saying that some of the subjects discussed at the AFPAC conference were "not appropriate."

"You know what's also not appropriate?" Roberts writes. "For a sitting member of Congress (or anyone else) to lend support to Fuentes and his growing group of white nationalists by serving as their keynote speaker."

Read the full op-ed over at the Arizona Republic.