WATCH: Trump-loving congressman faces calls for expulsion -- from his own siblings 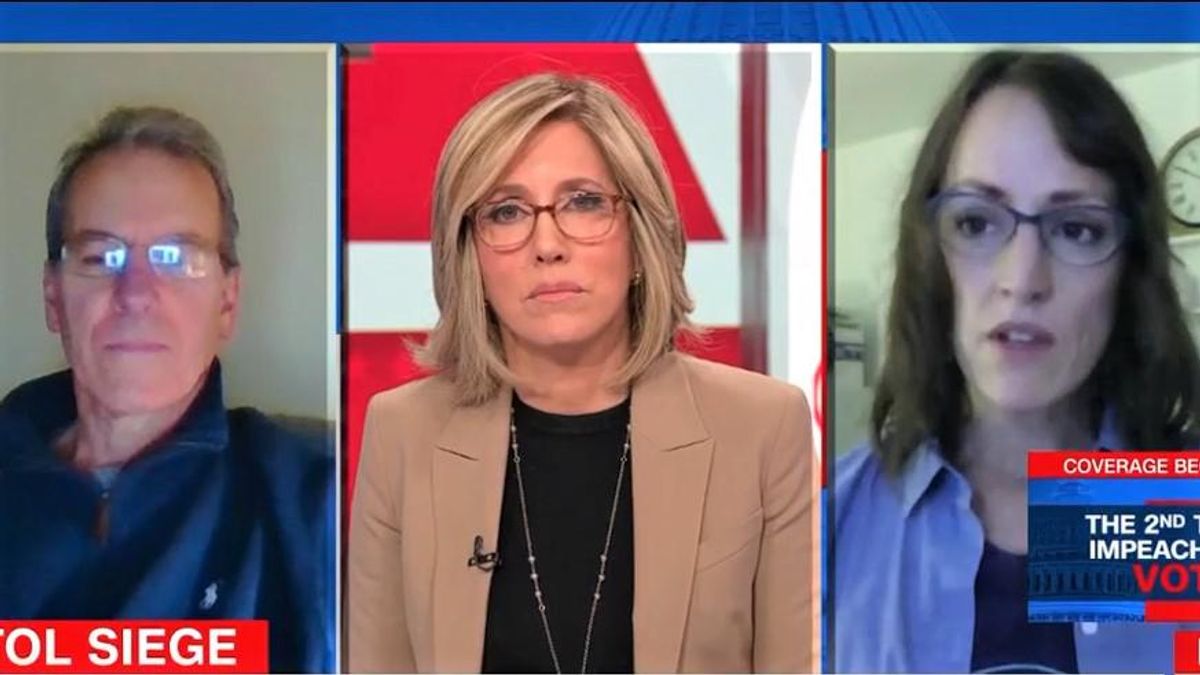 The brother and sister of Rep. Paul Gosar appear on CNN. (Screenshot)

Rep. Paul Gosar (R-AZ), the Trump-loving lawmaker who was allegedly a major instigator in last week's efforts to block Congress from certifying President-elect Joe Biden's win, is now facing calls from his own family to be expelled from Congress.

Appearing on CNN Wednesday, two of Gosar's siblings made the case for their brother's removal as a Representative for Arizona's 4th Congressional District.

Sister Jennifer Gosar started off by explaining why she believes her brother is directly connected to the deadly riots that took place at the Capitol building last week.

"There have been numerous reports, you know, at least at the moment, that show he was in contact regularly with [rally organizer] Ali Alexander," she explained. "He was there and spoke at the rally beforehand. He was there contesting the election on the congressional floor."

"I'd harken people back to the start of his congressional career where he was a birther, where he was saying that President Obama was an illegitimate president and not a U.S. citizen," he said. "He called the pope a leftist politician... he said that George Soros was a Nazi sympathizer and gave up his people to the Nazis."

The bottom line, said Tim Gosar, was that his brother "peddles in rumor, he peddles in propaganda, and he lies consistently to the American people."