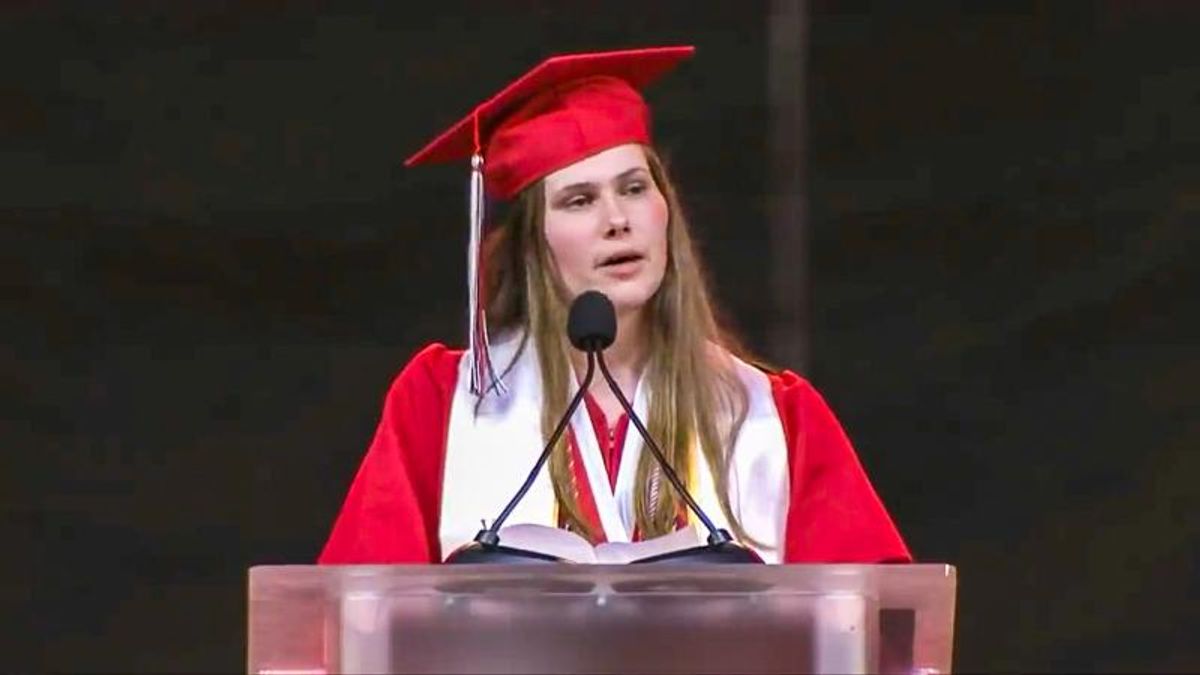 But on the day of the ceremony, Smith instead read from another set of prepared remarks that she had hidden in her bra. Smith told the audience that she was afraid that the so-called "heartbeat bill" could impact her future.

"Starting in September, there will be a ban on abortions that take place after 6 weeks of pregnancy, regardless of whether the pregnancy was a result of rape or incest," she explained. "Most women don't even realize they're pregnant by then. And so, before they have the time to decide if they are emotionally, physically, and financially stable enough to carry out a full-term pregnancy, before they have the chance to decide if they can take on the responsibility of bringing another human into the world, the decision has been made for them by a stranger."

Her voice trembled as she continued.

"I have dreams, hopes, and ambitions," she said. "I am terrified that if my contraceptives fail me, that if I'm raped, then my hopes and efforts and dreams for myself will no longer be relevant."

Smith added: "I hope you can feel how gut-wrenching it is, how dehumanizing it is, to have the autonomy over your own body taken from you."

The valedictorian revealed to D Magazine that school officials had suggested withholding her diploma, but the threats never materialized.

"Whenever I have opinions that can be considered political or controversial, I keep them to myself because I don't like to gain attention for that kind of stuff," she remarked to D Magazine. "But I'm glad that I could do something, and I'm glad that it's getting attention. It just feels weird for me personally, that I'm linked to the attention that the speech got."

Watch the speech below.