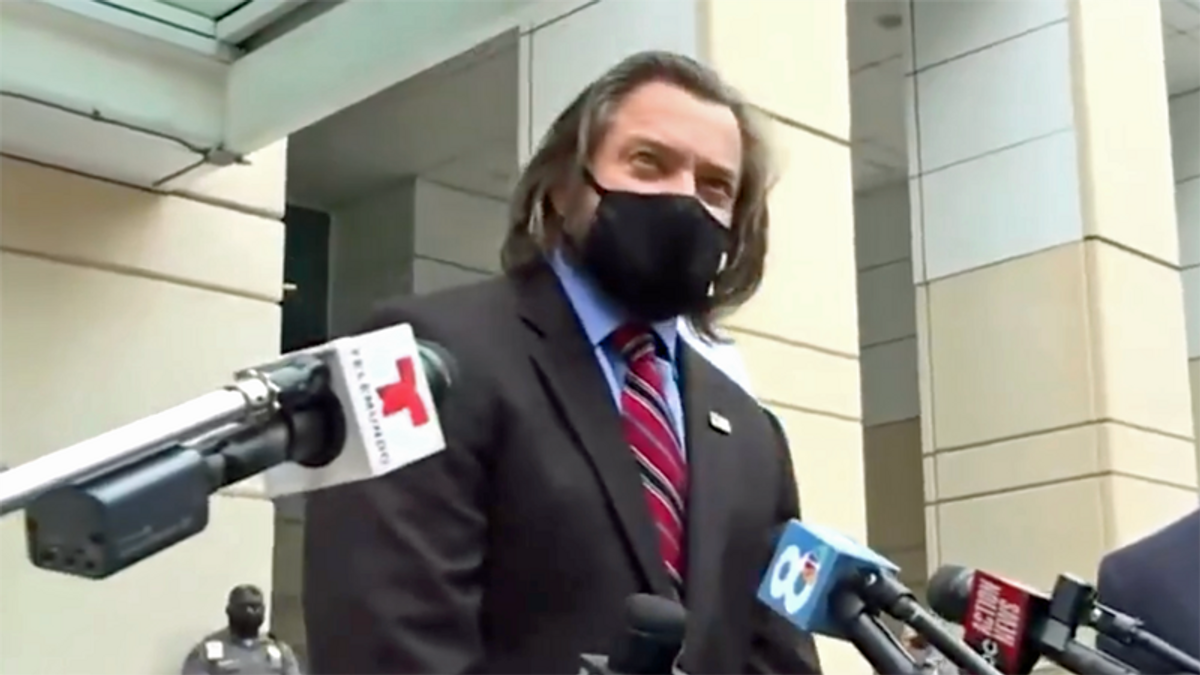 The attorney for a man photographed carrying Speaker Nancy Pelosi's lectern during Wednesday's insurrection at the U.S. Capitol explained the difficulties the defense team will face during a press conference following his client's arraignment in federal court.

"The Tampa Bay area man captured on camera smiling and waving while carrying the lectern of House Speaker Nancy Pelosi during the U.S. Capitol riot had a $25,000 bond set Monday in federal court," WTSP-TV reported Monday. "Adam Johnson, 36, of Parrish, Florida, was jailed on a federal warrant Friday in Pinellas County, records show."

"Part of what you have to factor in to it is, again, you just have to drill down on actually happened. You have a photography of our client, in a building, unauthorized to be there with what appears to be a podium or a lectern, I'm not exactly sure which one it is called," attorney Dan Eckhart said. "But that's what we have."

"Obviously that presents problems for you as a defense attorney in that you have your client in the building at the time of the break-in," an off-camera reporter noted.

"Yeah, I don't know how else to explain that, but yeah, that would be a problem, I'm not a magician," he said, noting that his co-counsel is also not a magician.

"So yeah, we've got a photograph of our client who appears to be inside the federal building or inside the Capitol with government property," Eckhart said.