Pence really researched overturning the election — and almost did it: report 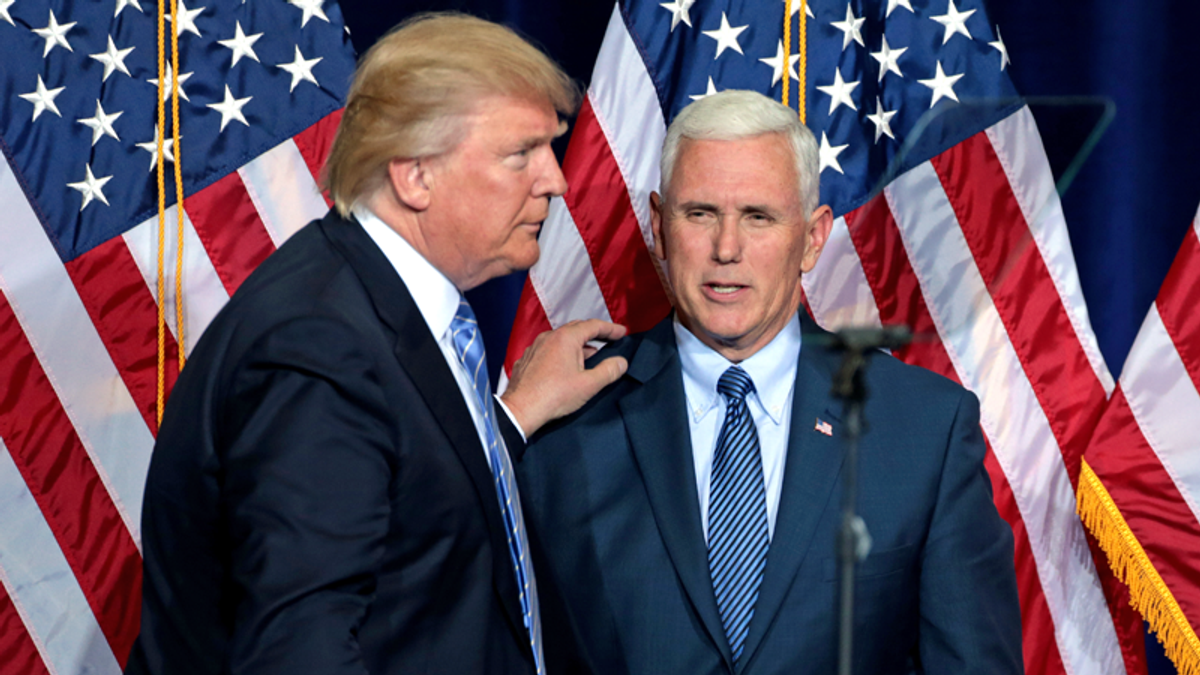 Vice President Mike Pence dashed the hopes of Donald Trump supporters, and enraged the president, by announcing he had no constitutional authority to overturn the results of the presidential election during the congressional certification — a fringe legal theory that had been Trump's final hope to stop President-elect Joe Biden from taking office.

But according to The New York Times, this decision didn't come easily. Pence in fact ordered several lawyers to research whether it was possible — and strongly considered doing it before becoming convinced it was illegal.

"In the Oval Office last week, the day before the vote, Mr. Trump pushed Mr. Pence in a string of encounters, including one meeting that lasted at least an hour. John Eastman, a conservative constitutional scholar at Chapman University, was in the office and argued to Mr. Pence that he did have the power to act," said the report. Eastman is a fringe legal theorist who put forward a baseless idea that Vice President-elect Kamala Harris and Sen. Marco Rubio (R-FL) don't qualify as U.S. citizens.

"The next morning, hours before the vote, Richard Cullen, Mr. Pence's personal lawyer, called J. Michael Luttig, a former appeals court judge revered by conservatives — and for whom Mr. Eastman had once clerked. Mr. Luttig agreed to quickly write up his opinion that the vice president had no power to change the outcome, then posted it on Twitter," said the report. "Within minutes, Mr. Pence's staff incorporated Mr. Luttig's reasoning, citing him by name, into a letter announcing the vice president's decision not to try to block electors. Reached on Tuesday, Mr. Luttig said it was 'the highest honor of my life' to play a role in preserving the Constitution."

Pence's decision has made him persona non grata among many Trump supporters, with some of them even calling for him to be lynched in the Capitol invasion last week.