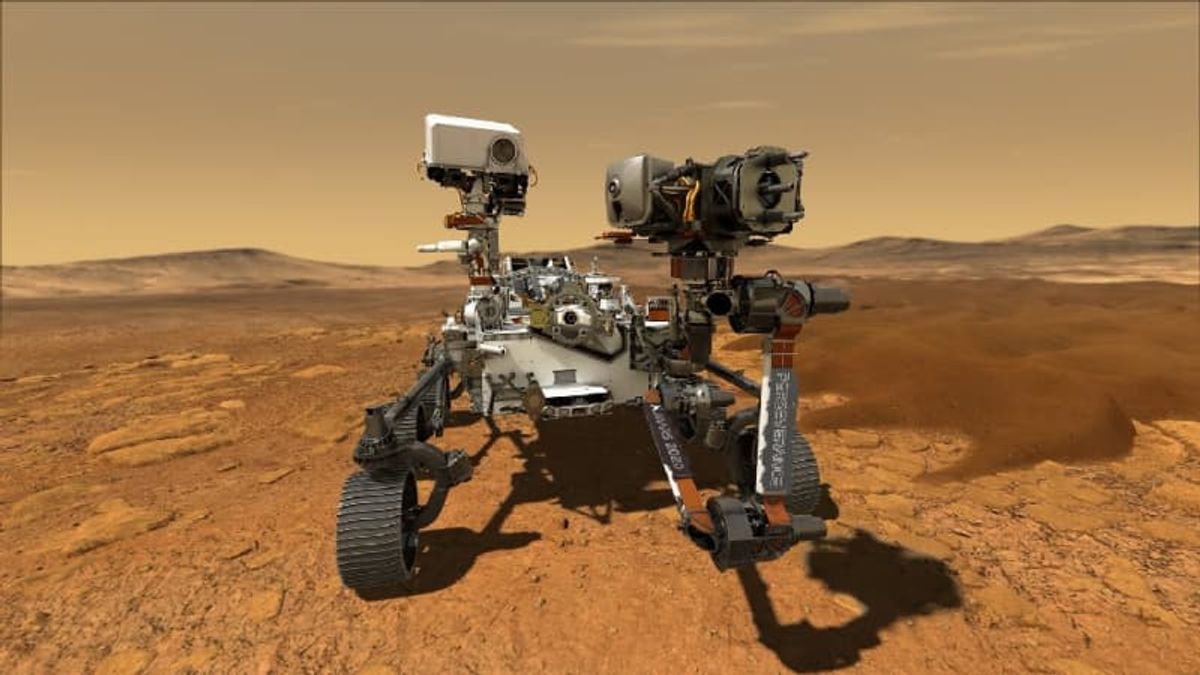 NASA's Perseverance rover has for the first time captured the low-pitched whirring of the Ingenuity helicopter's blades as it flies through the rarefied Martian atmosphere.

The space agency on Friday released new footage shot by the six-wheeled robot of its rotorcraft companion making its fourth flight on April 30 -- this time accompanied by an audio track.

The nearly three-minute-long video begins with the low rumble of the wind blowing across the Jezero Crater, where Perseverance landed in February on a mission to search for signs of ancient microbial life.

Ingenuity then takes off, and its blades can be heard humming softly as they spin at nearly 2,400 rpm on the 872-foot (262 meter) roundtrip.

The mission's engineers weren't sure they would pick up the flight sound at all, given that Perseverance was parked 262 feet (80 meters) away from the takeoff and landing spot.

The Martian atmosphere is about one percent the density of our planet's, making everything much quieter than on Earth.

"We had carried out tests and simulations that told us the microphone would barely pick up the sounds of the helicopter, as the Mars atmosphere damps the sound propagation strongly," he added.

The SuperCam is an instrument on board Perseverance that laser-zaps rocks from a distance, in order to study their vapor with a device called a spectrometer that reveals their chemical composition.

It also comes with a microphone to record the sounds, which yields additional insights into the physical properties of the targets, like how hard they are.

Similarly, explained Mimoun, the new recording of Ingenuity's flight "will be a gold mine for our understanding of the Martian atmosphere."

NASA made the audio, which was recorded in mono, easier to hear by isolating the pitch of the helicopter blades at 84 hertz, then reducing audio at frequencies below 80 and above 90 hertz. They then increased the volume of the remaining signal.

Soren Madsen, Perseverance payload development manager at NASA's Jet Propulsion Laboratory, said the recording was an example of how the mission's instruments are able to work in tandem to enhance our understanding of the Red Planet.

As Ingenuity moves away from Perseverance and out of shot, the pitch decreases and as it returns the pitch increases.

This is known as the Doppler Effect, and it provides an additional layer of confirmation of the helicopter's flight path when it is out of visual range.

The video can be seen here: