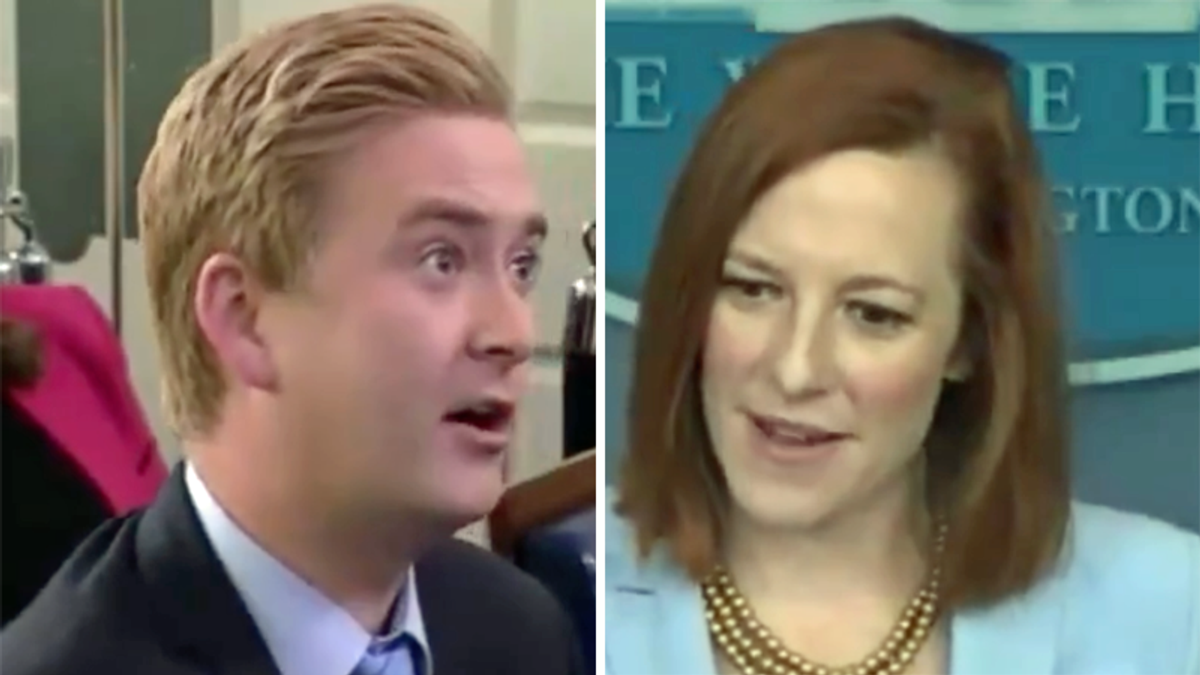 Second generation Fox News personality Peter Doocy once again made himself the news with his question to White House press secretary Jen Psaki.

Doocy asked a question of whether it would take the "art of the deal" to get GOP support for Biden's infrastructure plan. Doocy was referring to the 1987 book, Trump: The Art of the Deal, which is widely believed to have been written entirely by Tony Schwartz.

Although Trump failed to show dealmaking expertise during his four years in office, there remains a myth on the right that Trump is an amazing businessman — despite all evidence to the contrary. That myth resulted in Doocy's bizarre question on Friday afternoon.

"You're the professional here Peter. You're the TV star, you know. What's the Fox chyron going to be?" Psaki responded.

In the end, she said she was okay with the phrase being used to describe the Biden White House.