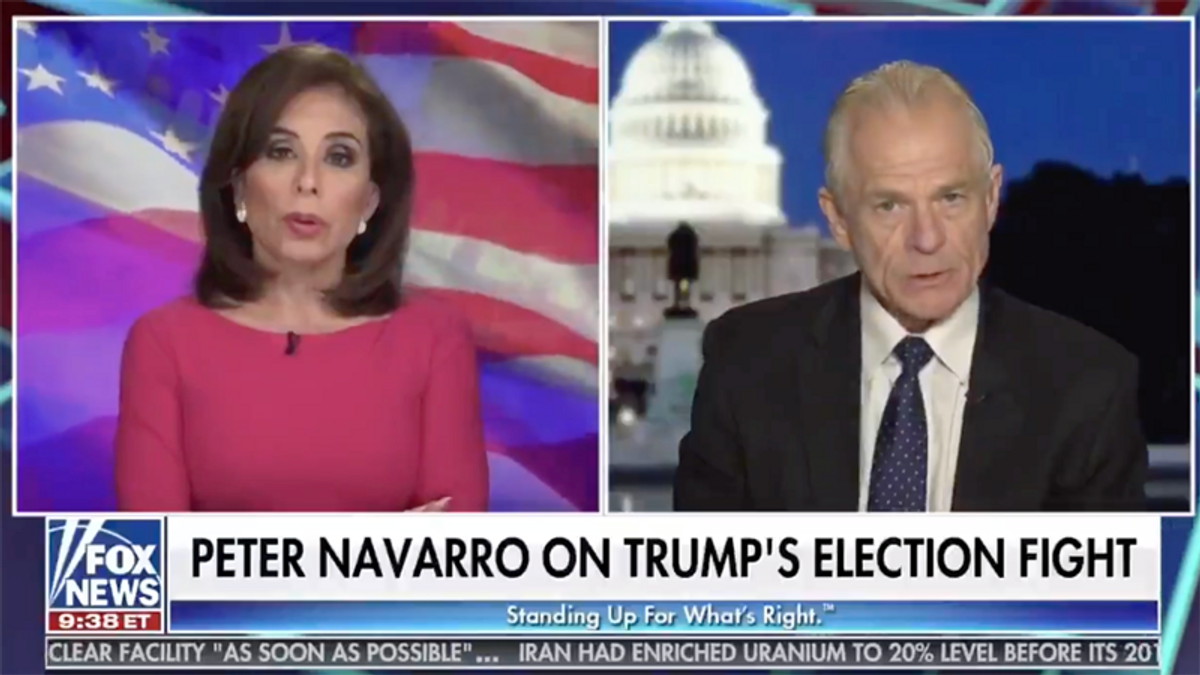 One of Donald Trump's White House advisors went way outside of his area of expertise during a Saturday Night appearance on Fox News.

Peter Navarro, an economist, was interviewed by former Judge Jeanine Pirro about Trump's attempts to overturn the results of the 2020 presidential election, which was won by President-elect Joe Biden.

In a discussion about the scheme by some Republicans in Congress to refuse to accept the results, Pirro seemed to suggest the clock was ticking, as the inauguration of Biden and Vice President-elect Kamala Harris will occur on January 20th.

Pirro, who is a lawyer, noted it was in the Constitution.

"Well, it can be changed, actually," the economist falsely claimed. "We can go past that date."

In reality, Pirro was correct.

"The terms of the President and the Vice President shall end at noon on the 20th day of January ... and the terms of their successors shall then begin," reads Section 1 of the 20th Amendment of the United States Constitution.

Without a constitutional amendment being ratified in less than three weeks, Biden's inauguration can not legally be postponed.

Peter Navarro says Pence has the authority to give them a ten day window and also says the inauguration date can be… https://t.co/JJlMi7PPKh
— Acyn Torabi (@Acyn Torabi)1609641842.0