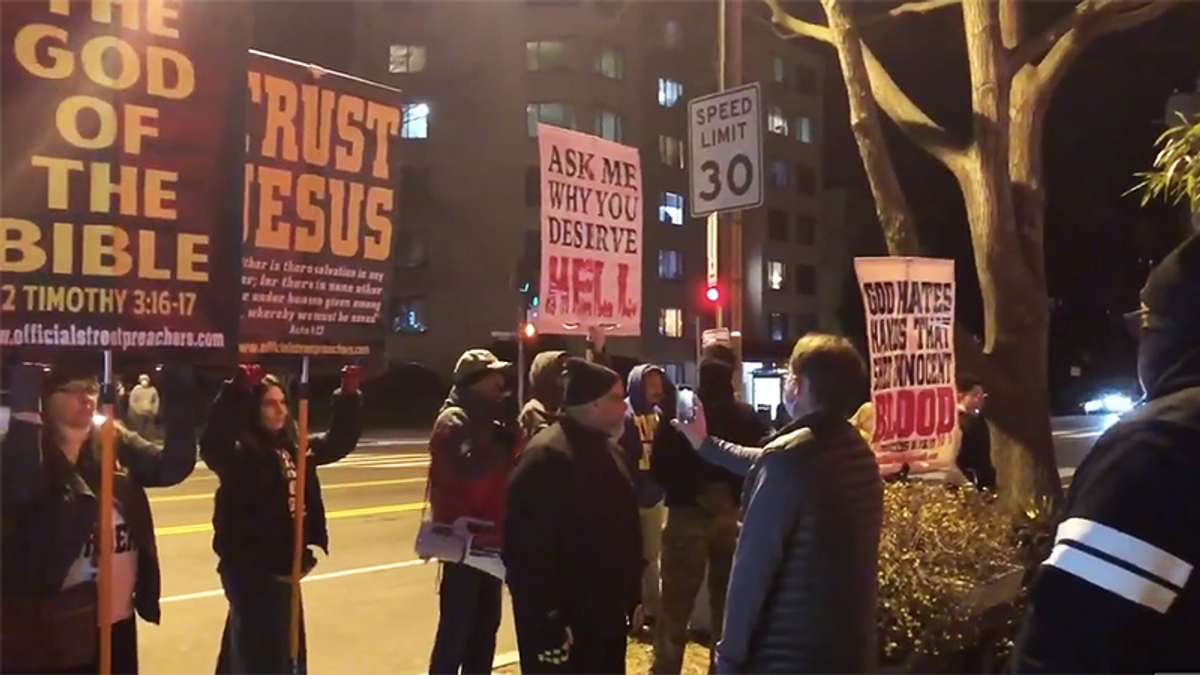 Comet Ping Pong, the neighborhood pizza parlor in Northwest Washington, D.C. that became part of a right-wing conspiracy, was flooded by religious protesters on Tuesday night ahead of President-elect Joe Biden's inauguration.

Washington, D.C. is largely shut down due to the festivities and government buildings that typically draw protesters are inaccessible. So, it appears that the protesters appeared at Comet to raise their voices against their Cheesus Crust pizza, which features feta, goat cheese and fontina along with mozzarella.

Their signs read "Trust Jesus" and "Ask me why you deserve Hell" and a man on a megaphone was heard shouting something that couldn't be fully understood. It wasn't clear whether they opposed Comet's keen meatballs or their kid-friendly ping pong tables.

Due to the pandemic, Comet has been limited, doing mostly delivery services and patio dining without access to the ping pong tables that brings the neighborhood together.

The conspiracy claimed that there was a child sex trafficking ring in the basement of the building. The building doesn't have a basement and there obviously was no ring. When a man showed up with a gun the managers let him search the building. He confessed he was wrong and is now behind bars.

The Bible makes no mention of pizza, and it wasn't invented until the late 1800s.

The pizza parlor is less than a mile from the neighborhood that responded to Mike Pence staying nearby ahead of being inaugurated in 2017 with gay pride flags and a glitter party.

Comet responded to the protesters by blasting Lady Gaga's music.

Locals have since responded to the protesters by having an informal dance party in the cold Washington night.