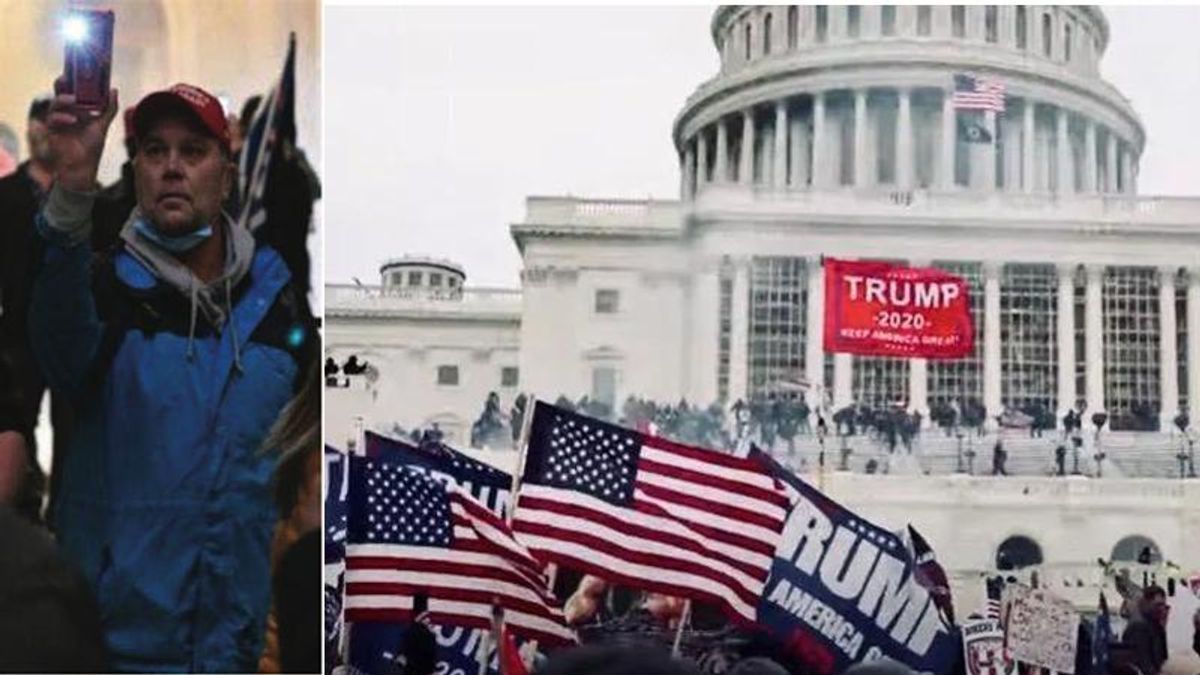 In Reeder's case, the Department of Justice is agreeing to the following:

"In consideration of your client's guilty plea to the above offense, your client will not be further prosecuted criminally by this Office for the conduct set forth in the attached Statement of Offense. The Government will request that the Court dismiss the remaining counts of the Information in this case at the time of sentencing. Your client agrees and acknowledges that the charges to be dismissed at the time of sentencing were based in fact."

Reeder was identified through a tip from the state's attorney office in his home Harford County, MD, which had used facial-software recognition to match him to a "Be on the Lookout" (BOLO) bulletin issued by the FBI.

According to the FBI charging documents, "On January 19, Reeder, through counsel, contacted the government and provided a compilation video of photos and videos taken by Reeder on his cell phone on January 6."

The 22-minute compilation shows a projection screen of Trump speaking to the crowd, a shot of Reeder on the Capitol steps saying, "we've been getting tear gassed...thousands of people," the arrest documents state. And this:

Toward the end of the video compilation was this:

"I'm leaving now... I got tear gassed at least four times inside the Capitol...I saw the lady they say got shot, I walked right past her in a pool of blood. And it's just...completely crazy in there." At approximately 19 minutes 59 seconds in the same video, Reeder states: "Just left the Capitol, I was one of the last people out. I was in there for over half an hour. I got gassed several times inside the Capitol, many times outside the Capitol. Got shot with pepper balls. It was fucking nuts. We had to do...ah... battle with the Police inside. It was crazy...absolutely insane."

Here are the FBI charging document and the plea agreement.