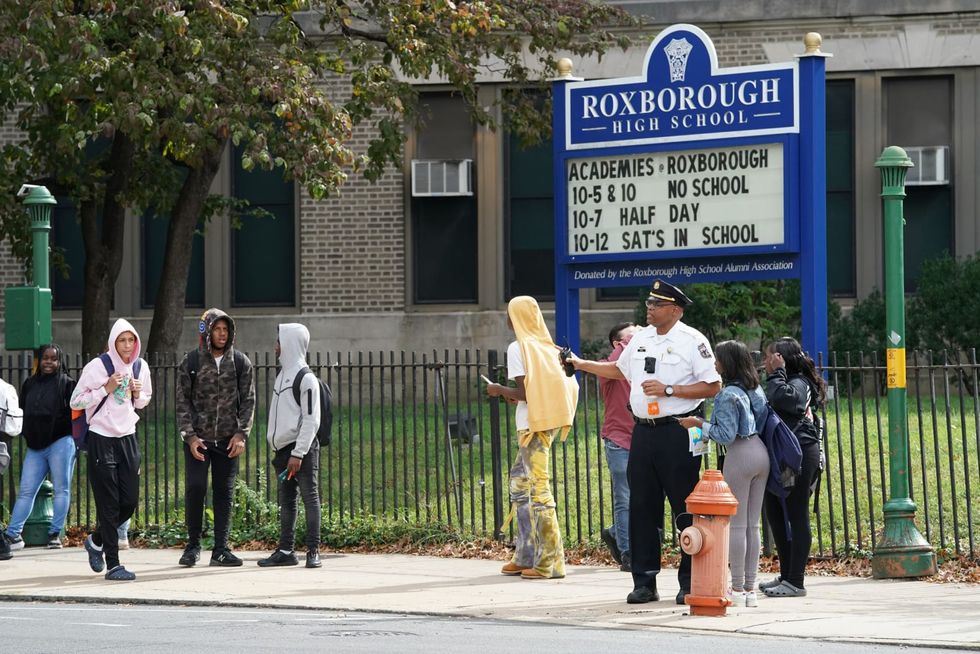 Roxborough High School at the end of the school day on Sept. 28, 2022, the day after five students were shot— one fatally— following a football scrimmage. - JESSICA GRIFFIN/The Philadelphia Inquirer/TNS

PHILADELPHIA — Police on Wednesday announced the first arrest in the shooting outside Roxborough High School that left a 14-year-old dead and four other teens injured. In a statement, District Attorney Larry Krasner said that Philadelphia Police had arrested Yaaseen Bivins, 21, and the office had charged him with murder for his part in the shooting that killed Nicolas Elizalde and wounded four teens. Bivins was the second suspect to be identified, after Dayron Burney-Thorn, but is the first of at least five suspects to be arrested. Burney-Thorn remains at large. Law enforcement officials have ...