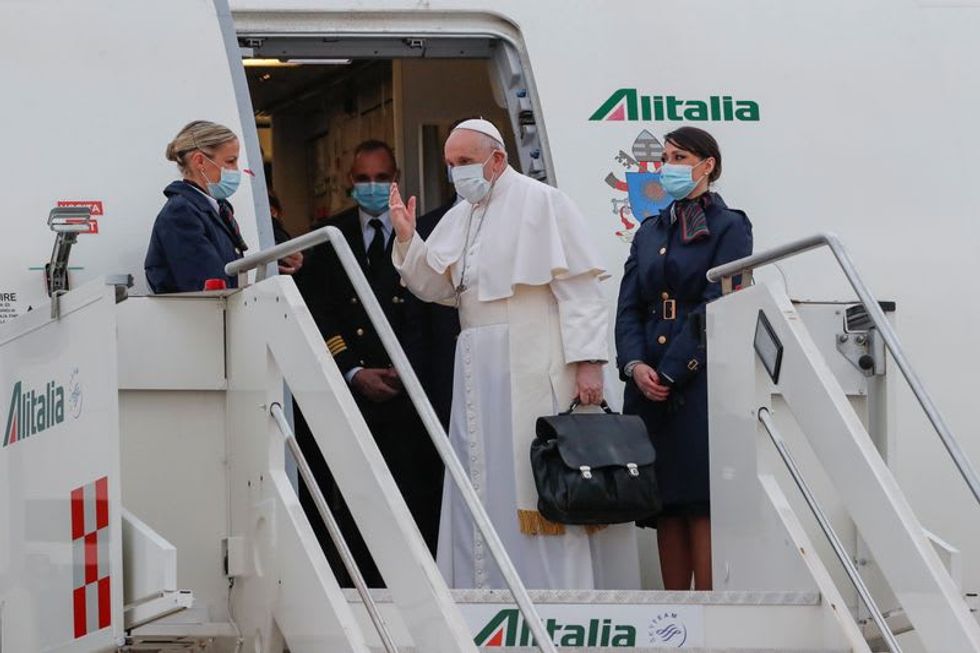 By Philip Pullella and John Davison ROME (Reuters) - Pope Francis left Rome on Friday to start a four-day trip to Iraq, his most risky foreign trip since his election in 2012 and the first visit by a pontiff to the country. An Alitalia airplane carrying the 84-year-old pope, his entourage, a security detail, and about 75 journalists, left Rome's Leonardo da Vinci airport for the 4-1/2-hour flight to the Iraqi capital, Baghdad. Iraq is deploying thousands of additional security personnel to protect Francis during the visit, which comes after a spate of rocket and suicide bomb attacks raised fea...