Infamous evangelist goes nuts at Christian nationalist event: ‘You don't need the vaccine -- you got Jesus!' 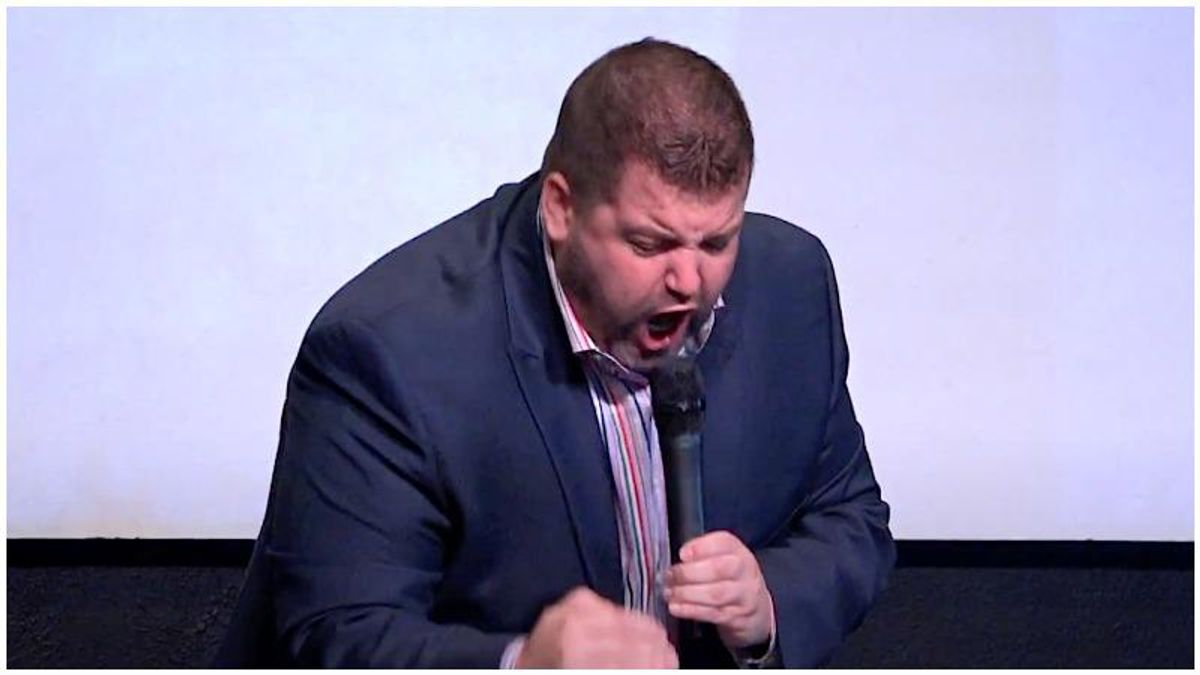 Speaking to a crowd of around 1,000 worshippers at the three-day America's Revival event this Friday, right-wing preacher Joshua Feuerstein told the group to abandon masks and to forgo vaccines, since all they really need for protection is Jesus.

"Listen to me ... and let me speak now to the cameras around the world to every pastor that's watching this broadcast, to every Christian that has cowered in their home," Feuerstein said. "I realize that for this last year, that maybe you've been fed fear ... but the Bible says that God has not given us the spirit of fear, but a power and a love and a sound mind."

According to the Religion News Service, the "Christian nationalist event" was held at the Frisco Convention Center, north of Dallas, Texas. "It began with a video promoting a conservative online pharmacy and a word from the head of a pro-Trump conservative Christian insurance company who said he refuses to wear a mask and offered audience members a chance to win a new AR-15 rifle if they texted their number to his company," RNS reports.

Feuerstein previously drew national attention in 2015, when he called for a boycott of Starbucks over their allegedly anti-Christmas cups.

Watch the video below, via Right Wing Watch: