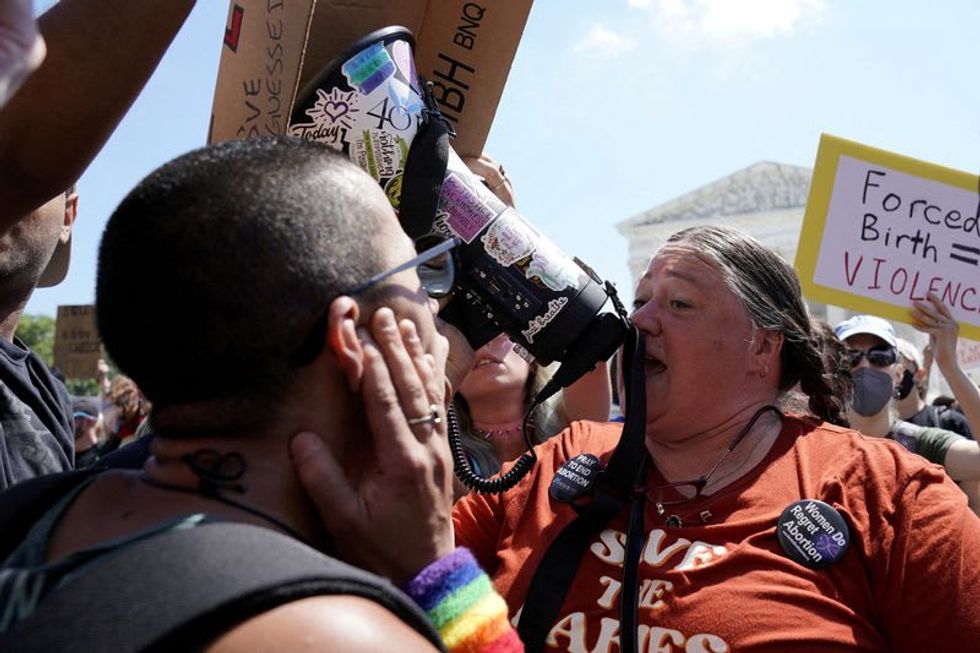 (Reuters) - Anti-abortion activists should be concerned with other issues that can threaten life, such as easy access to guns, poverty and rising maternity mortality rates, the Vatican's editorial director said on Saturday.

In a media editorial on the United States Supreme Court's ruling to end the constitutional right to abortion, Andrea Tornielli said those who oppose abortion could not pick and choose pro-life issues.

"Being for life, always, for example, means being concerned if the mortality rates of women due to motherhood increase," he wrote.

He cited statistics from the Centers for Disease Control and Prevention showing a rise in maternity mortality rates overall and that the rate was nearly three times higher for black women.

"Being for life, always, means asking how to help women welcome new life," he wrote, citing an unsourced statistic that 75% of women who have abortions live in poverty or are low-wage earners.

He also cited statistics from the Harvard Review of Psychiatry showing that the United States has much lower rates of paid parental leave compared with other rich nations.

"Being for life, always, also means defending it against the threat of firearms, which unfortunately have become a leading cause of death of children and adolescents in the U.S." he wrote.

The Roman Catholic church teaches that abortion is murder because life begins at the moment of conception and ends with natural death.

Pope Francis has compared having an abortion to "hiring a hit man" to eliminate a problematic person.

But he has tried to steer the U.S. Catholic Church away from seeing abortion as the single, overarching life issue in the country's so-called culture wars.

The death penalty, gun control, support for families, and immigration are also life issues, he has said.

The Vatican's Academy for Life praised Friday's U.S. Supreme Court ruling, saying it challenged the world to reflect on life issues, but also called for social changes to help women keep their children.

U.S. President Joe Biden, a lifelong Catholic, condemned the ruling, calling it a "sad day" for America and labelling the court's conservatives as "extreme".