Sky Palma
Brandon Straka speaks at the "Stop the Steal" rally just before a violent mob stormed the U.S. Capitol on Wednesday. (Screen grab via YouTube.com)

In the wake of a violent mob of Trump supporters storming the U.S. Capitol in D.C. this Wednesday, conspiracy theories are starting to circulate on social media claiming that the mob was actually comprised of antifa members who schemed to pin the violence on Trump supporters.

But some who participated in the violence are a bit miffed at the rumors claiming they're actually antifa. In a tweet this Wednesday, pro-Trump activist Brandon Straka said that he saw no evidence that antifa was present at the "Stop the Steal" rally that turned violent.

"Also- be embarrassed & hide if you need to- but I was there," Straka wrote. "It was not Antifa at the Capitol. It was freedom loving Patriots who were DESPERATE to fight for the final hope of our Republic because literally nobody cares about them. Everyone else can denounce them. I will not." 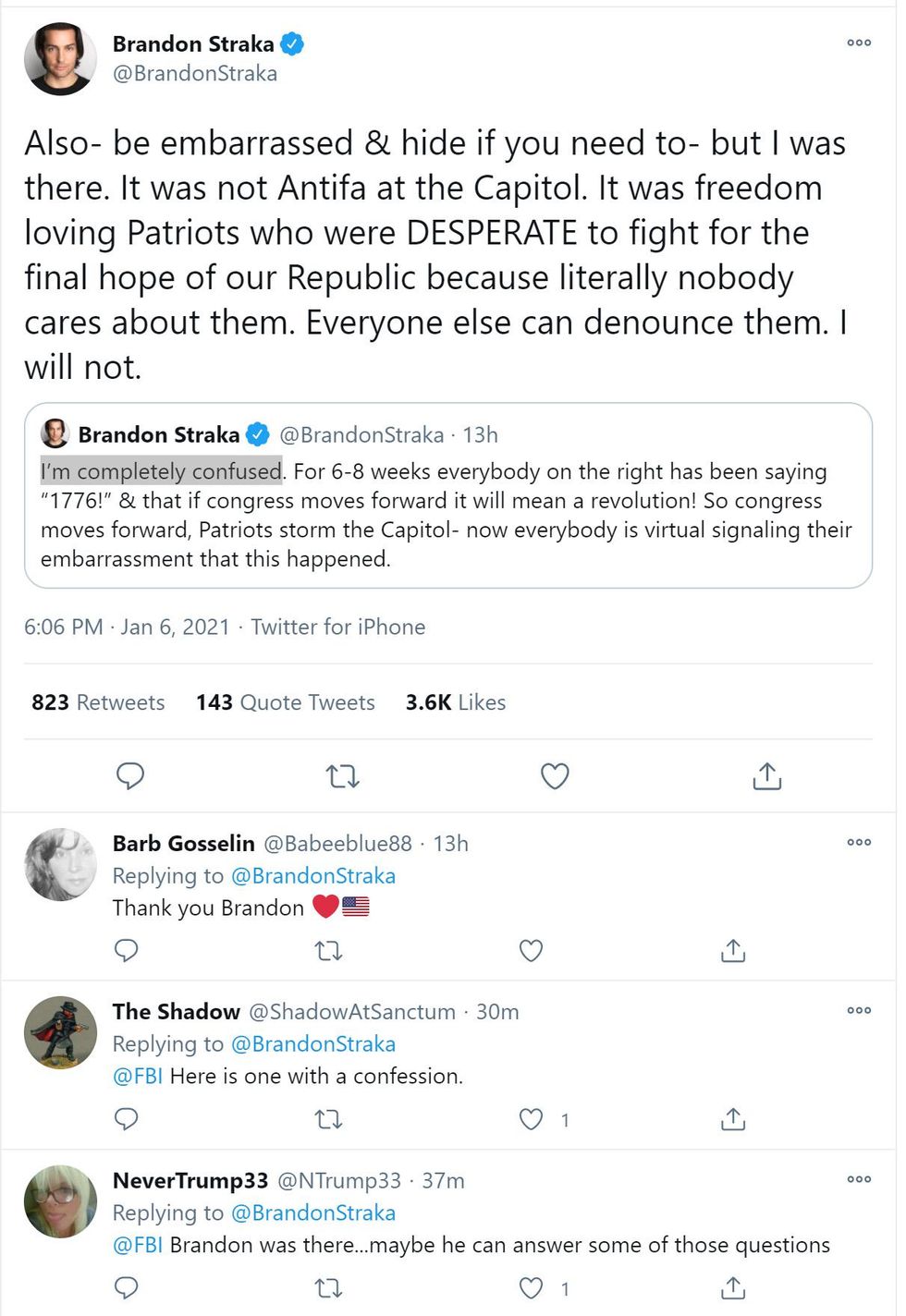