Trump supporters whine after cops turn on them: 'They're supposed to be shooting BLM!' 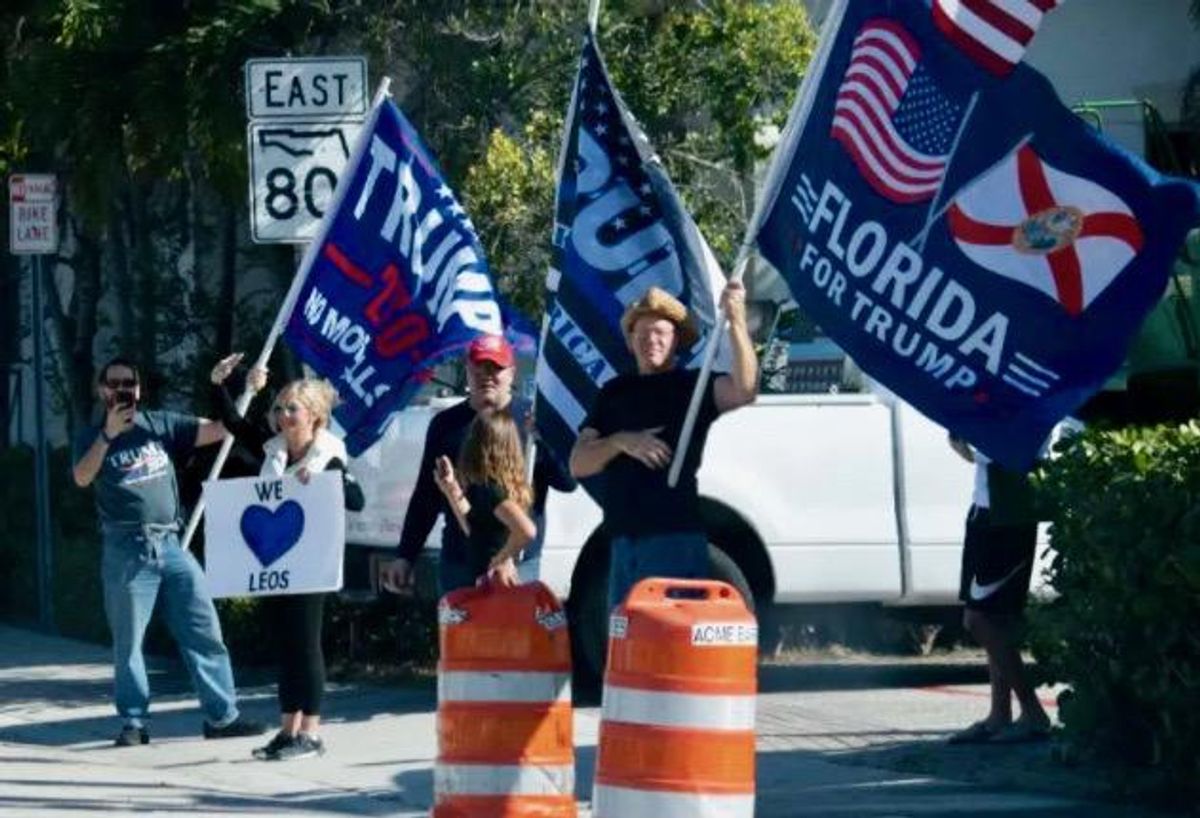 Supporters of President Donald Trump on Wednesday clashed with Capitol Hill police officers as they stormed the Capitol building -- and now some of them are regretting their past decisions to "back the Blue."

The Nation's Andrew McCormick reports that many Trump supporters felt bitterly betrayed by the police, whom they had assumed would completely let them take over the Capitol building.

"You just lost the only people in this country who stand behind you!" shouted one Trump supporter to riot police.

"You serve Satan!" shouted another.

One Trump-backing woman in the crowd lamented that the police were deploying tear gas and flash-bang grenades against them when she thought those tools were only to be used against leftist demonstrators.

A man came over to comfort her, however, and reassured her that the police would respect them from now on.

"We showed them what we're all about," he said.