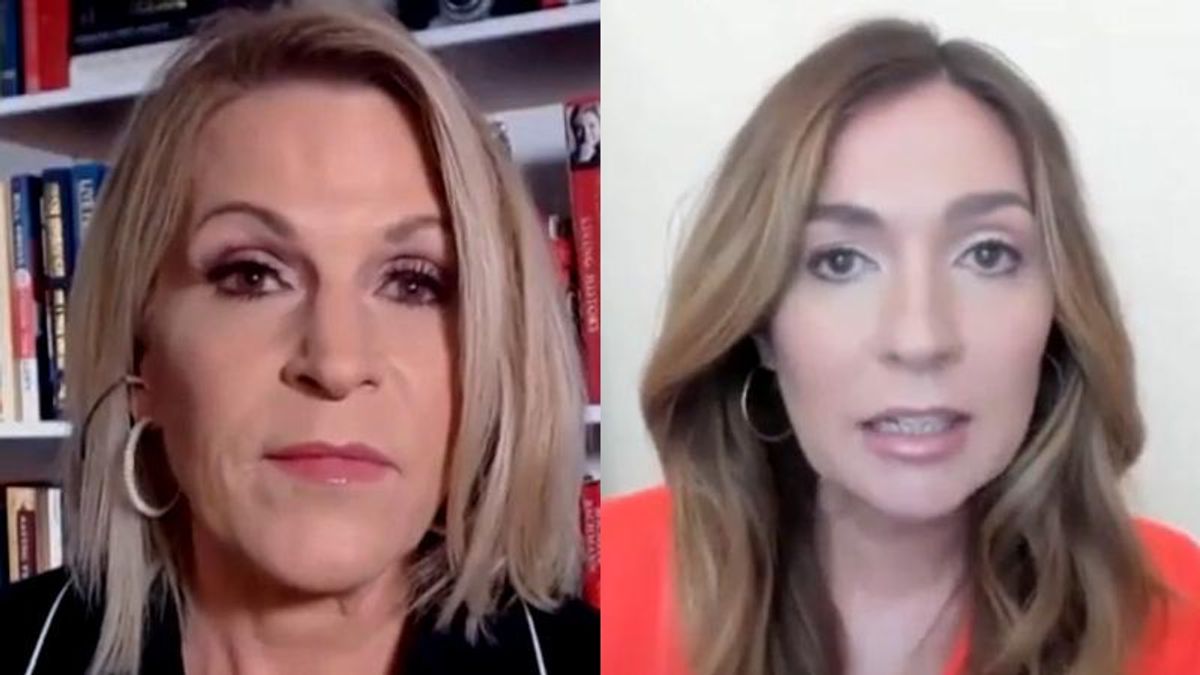 "The conference deserves someone who is going to unite the conference and help them win back the House in 2022," insisted Stewart.

"This is the dumb, stupid, tribalism that got us into this mess," said Carpenter. "The dumb, stupid tribalism where people can say, I will support Donald Trump no matter what because red team, yeah, blue team, bad. I mean, this is why we have to break this up. And Liz Cheney is not going to sacrifice an ounce of her conservative policy beliefs because she knows how to put country first. National security, democracy, our institutions are what unite us as a country, as Americans. Not getting behind a big lie and covering up for an insurrection because we wear a red hat."

"I've said this from election night on. The election was free and fair," said Stewart. "And when Donald Trump lost and Joe Biden won, he is the free and fair winner. I applauded him. I support him. He is our president of the United States. Why more Republicans don't acknowledge that, I don't know. But what is big and dumb and stupid, Amanda, is for republicans to go back and continue to relitigate the past instead of unite ... the midterm elections need to be about policy and not the past."

Amanda Carpenter and Alice Stewart square off on the future of the GOP www.youtube.com