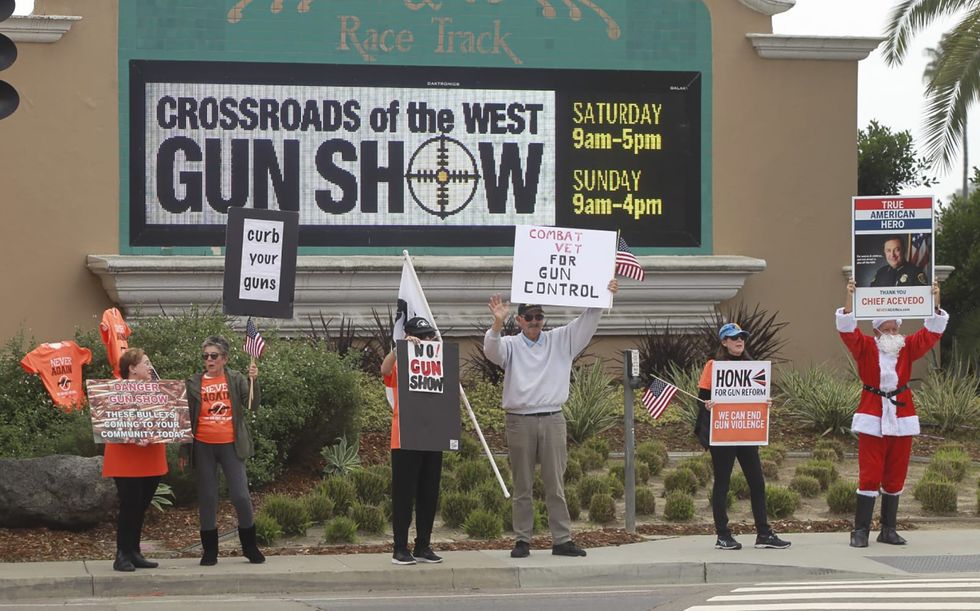 Protesters against the Crossroads of the West Gun Show at the Del Mar Fairgrounds on Dec. 14, 2019, in Del Mar, California. - Hayne Palmour IV/San Diego Union-Tribune/TNS

SAN DIEGO — Three California lawmakers announced proposed legislation Thursday that would prohibit the sale of firearms and ammunition on all state property, effectively ending gun shows on state fairgrounds. The laws would build on legislation passed in 2019 that prohibits gun shows at the Del Mar Fairgrounds and in 2021 at the Orange County Fair and Event Center. Both venues had hosted the Crossroads of the West sales several times a year for decades. Senate Bill 915, introduced by state Sen. Dave Min, an Irvine Democrat, would extend the prohibition to all 73 California state fairgrounds. "...