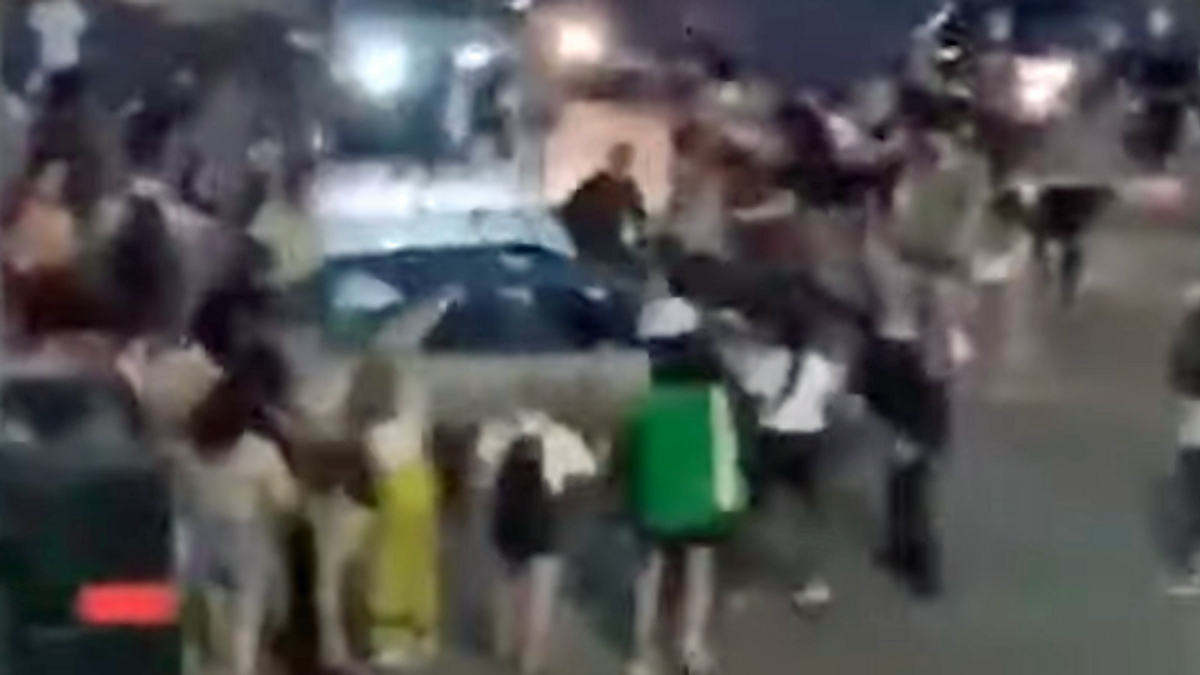 Even in a nation in which "criminal justice" is an oxymoron it doesn't get much worse than what has happened in the wake of an Iowa City racial justice protest from last summer.

As Time Magazine reports, "A white man who deliberately sped his car through a crowd of racial injustice protesters in Iowa City, striking several, will avoid prison and have the incident erased from his record if he stays out of trouble for three years."

What's more, Michael Ray Stepanek, 45, "who told police he drove his Toyota Camry through the crowd in August because the protesters needed "an attitude adjustment," will receive a nice adjustment of his own: A $1,025 civil fine was suspended by Judge Paul Miller, along with the prospect of expungement of his record.

As if that gentle touch on the wrist wasn't galling enough, in turns out that no such kindness will be forthcoming to many of the protesters who were on the business end of the wingnut's speeding car. For them, prosecutors are intent on bringing down the full weight of the law.

In one of the larger understatements in recent history, Time reported this:

"The Johnson County Attorney's Office, which agreed to Stepanek's plea deal, could face accusations of double standards as it continues to pursue charges against some Black Lives Matter protesters involved in the demonstrations last summer.

"Prosecutors are pursuing 15 counts, including nine felonies, against a protest leader charged with shining a laser beam light in police officers' eyes in August.

"A 20-year-old Black protester who carried an assault rifle through an Iowa City crowd in June has been indicted on a federal charge of illegally possessing a gun while using marijuana. The man, who faces up to 10 years in prison, had already been prosecuted by Johnson County on related charges after the gun was found during a traffic stop following the protest.

"Stepanek's violence came during a downtown Iowa City protest organized by the Iowa Freedom Riders, whose members have been pushing for changes to policing for months. Police fired tear gas on them in June, outraging city leaders.

"Police say Stepanek became enraged when he was stopped behind other vehicles after protesters blocked an intersection. He honked his horn then made a U-turn, squealing his tires to turn around.

"Then, he shut off his lights, drove around the block, and turned onto a downtown street where there were no vehicles between him and the protesters, police say. Video shows his car striking multiple protesters, dragging one on his hood, before speeding off."

It is highly unlikely any of the Black protesters will be treated to a public explanation that sounds anything like Stepanek received for his joy ride through a crowd of people.

"Stepanek's attorney John Bruzek said his client was influenced by social media and political rhetoric characterizing the protesters as dangerous criminals," Time reported. "Stepanek initially believed he was legally justified but has come to see he was wrong and apologized, Bruzek said.

"Michael understands how his conduct could have resulted in a much more serious and harmful situation," he said.

So the Iowa judge graciously allowed "Michael" to plead to a charge less than a "forcible felony," allowing him to skate from a state law prohibiting deferred judgments for violent felons. He did have no prior criminal record and spent 76 days in jail awaiting trial.

That probably is of little solace to one of the people Stepanek hit with his car. Here's Time's report on that:

"A 21-year-old protest organizer said she had a sore leg after she was mowed down and that the incident opened her eyes to the "hatred of people in this community."

"It was extremely jarring to have some stranger take it upon himself to punish a group of young unarmed people for inconvenience and/or political dissidence," the University of Iowa student wrote in a victim impact statement. She said the crime made her wary of cars and "paranoid about violence."

Sources tell CNN's Michael Warren and Jamie Gangel that former members of Trump's own administration are telling McConnell that they don't want to see their former boss run for office ever again.

Record low mortgage rates amid the coronavirus pandemic fueled a US housing boom last year, pushing existing home sales to the highest since 2006, according to a survey released Friday.

This Thursday, Rep Lauren Boebert (R-CO) introduced a bill to block the Paris Agreement, calling it a "job-killing amendment."

"My bill prohibits Congress from spending a single penny on the Paris Agreement until this treaty is ratified by the United States Senate. Joe Biden took an oath to uphold the U.S. Constitution. If he wants to keep it, he must transmit the job-killing Paris Agreement to the U.S. Senate for ratification," Boebert stated.