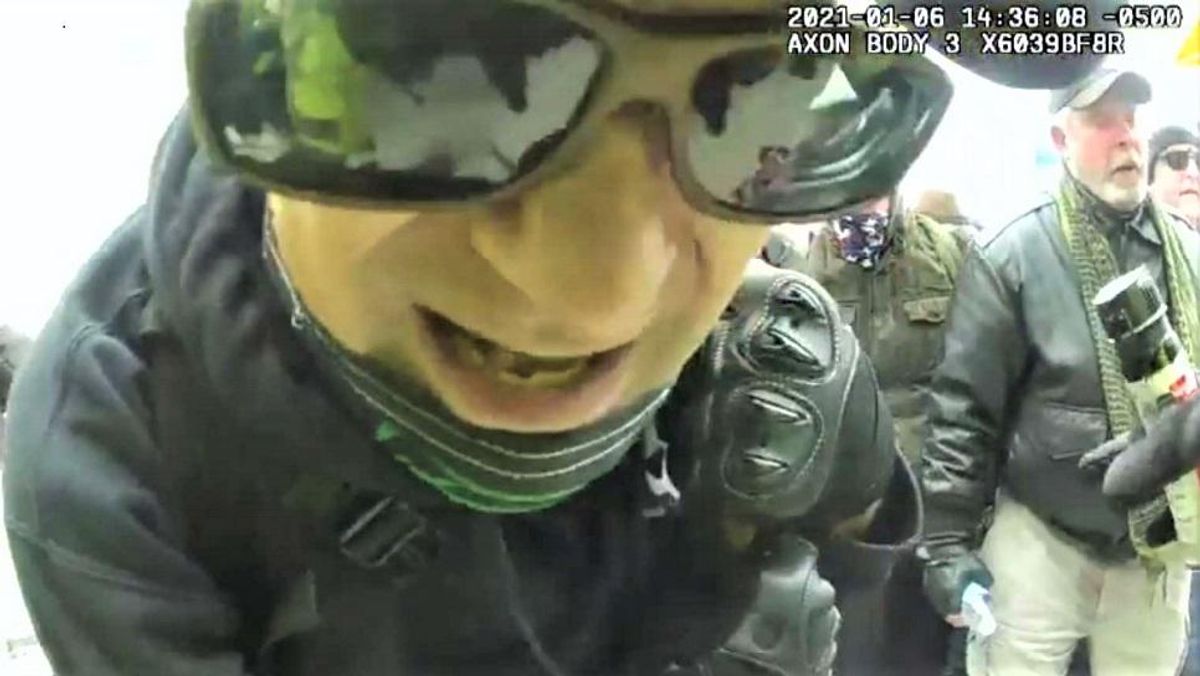 The criminal complaint filed against Davis alleges that video footages shows him wielding what appears to be a "large stick" that he brandished while charging at officers during the riots.

The complaint claims that Davis can be seen charging "up the West Front Terrace stairs" of the Capitol building and "toward the Officers wielding the large stick/pole like a baseball bat in a pose consistent with a person preparing to strike with the object."

The footage cited in the complaint also shows Davis "pushing and screaming" at a police officer, and also "pushing the officers hands down" as they try to stop him from advancing toward the building.

Federal investigators say that Davis was not shy about using his status as a former Marine to justify his actions during the riots.