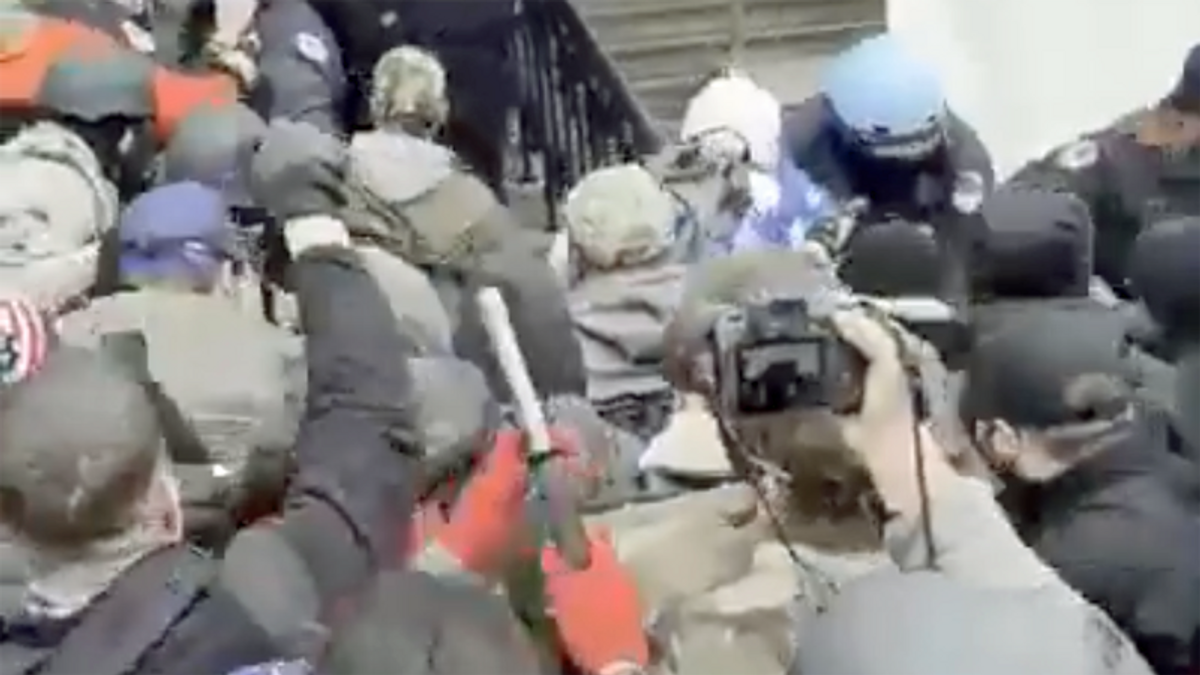 Court documents allege Nordean, Rhel and Donohoe are all presidents of their respective local chapters of the Proud Boys.

And -- per court docs -- here's the stolen police riot shield being carried by Donohoe & accused Proud Boy Dominic Pezzola. You can hear others in mob in this video express surprise that someone would steal a riot shield... pic.twitter.com/zv7k6QpCVI
— Scott MacFarlane (@MacFarlaneNews) June 22, 2021