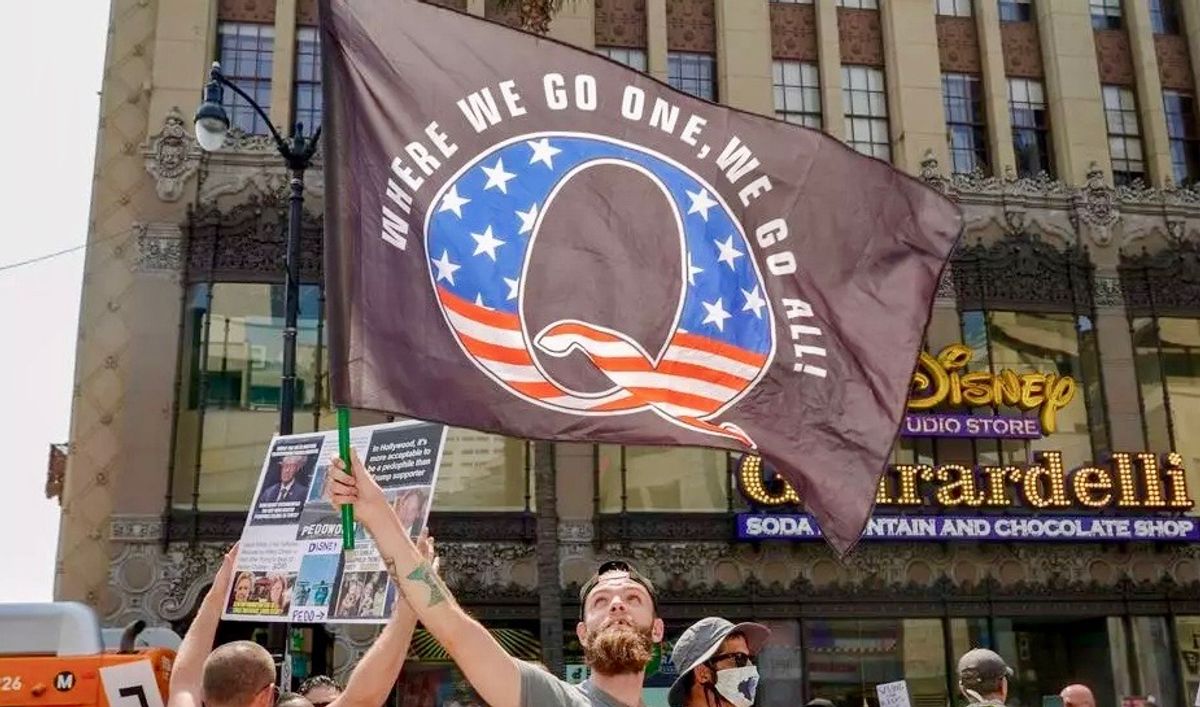 On Wednesday, writing for The New York Times, Stuart Thompson detailed his experiences in a chatroom for followers of the QAnon conspiracy theory — and their disturbing celebration of the violent invasion of the U.S. Capitol.

"I spent the past three weeks listening to the channel — from before the Jan. 6 Washington protest to after Mr. Biden's inauguration," wrote Thompson. "It became an obsession, something I'd check first thing every morning and listen to as I fell asleep at night. Participants tend to revere Mr. Trump and believe he'll end the crisis outlined by Q: that the world is run by a cabal of pedophiles who operate a sex-trafficking ring, among other crimes. While the chat room group is relatively small, with only about 900 subscribers, it offers a glimpse into a worrying sect of Trump supporters. Some conspiracists like them have turned to violent language in the wake of Mr. Trump's electoral loss."

In addition to fevered conspiracy theories, including that President Joe Biden has lowered the age of consent to 8 and that Biggie and Tupac were murdered by the "deep state," a common thread Thompson found was support for the Capitol violence.

"I wish they'd storm the Congress and the Senate and pull all them treasonous guys out of there," said one person. "Honestly, I think the patriots should have been allowed to go in there, grab those S.O.B.s and pull them out of the building and, you know, have an execution right there," said another.

"They're guilty. Treason. Behead 'em all," a woman remarked.

And while the question of whether Trump is responsible for inciting the violence is the pivotal question behind the upcoming Senate impeachment trial, it wasn't a question at all for the QAnon supporters. When Biden went on TV to call for an end to violence, one person in the chatroom wrote, "Does he not realize President Trump called us to siege the place?"

"There's a persistent belief that the online world is somehow not real. Extreme views are too easily dismissed if they're on the internet," warned Thompson. "While people might say things online they would never do in person, all it takes is one person for digital conspiracies to take a deadly turn. That should be clear after the Capitol riot, which was largely organized online and resulted in five deaths."

You can read more (and listen to audio) here.