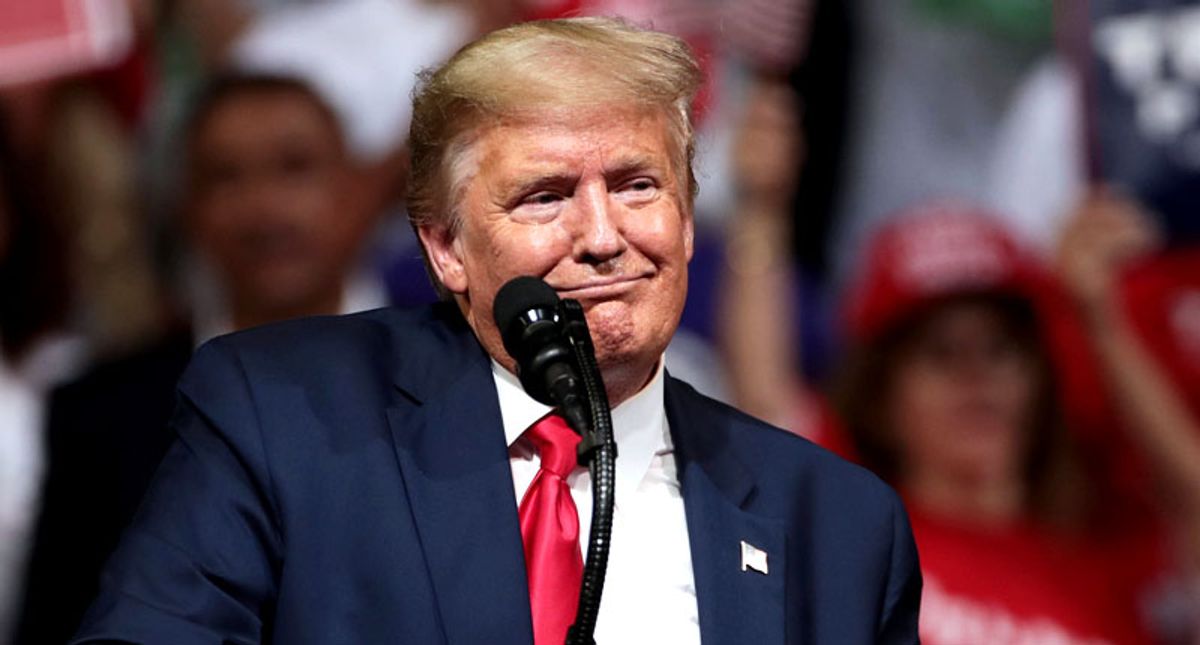 Supporters of QAnon have reportedly come up with a plan to make Donald Trump president again by replacing every official elected in Arizona since 2018.

Vice reported that a group of Arizona citizens is petitioning to have the state Supreme Court remove all elected officials in Arizona. The group would have themselves installed as replacements by the court.

The petition contends that officials elected since 2018 are “inadvertent usurpers" because their elections used improperly certified equipment for counting the votes.

“When in the past citizens have been appointed by the Governor to finish out a Senate term due to unusual circumstances, the Governor has typically chosen pedigreed, well-known politicians, but this is not necessary," the lawsuit states. "Any Arizona resident meeting the minimum qualifications is entitled to and has the right be appointed to a seat in unusual situations."

Vice notes that the petition is "the latest harebrained effort by pro-Trump and QAnon supporters in Arizona to get the results of November's election overturned."

The publication traced the origins of the lawsuit back to Daniel Wood, a former Republican congressional candidate, and Josh Barnett, who has said he plans to run for Congress as a Republican in 2022.

“As average citizens of Arizona, from all walks of life, we have discovered that our past elections in 2018 thru 2020 are out of compliance per the U.S. Election Assistance Commission," the two men said in a press release.

QAnon activist Dave Hayes publicized the effort to his 61,000 followers on Telegram over the weekend.

“Hang onto your hats, it's getting wild in Arizona," Hayes wrote.