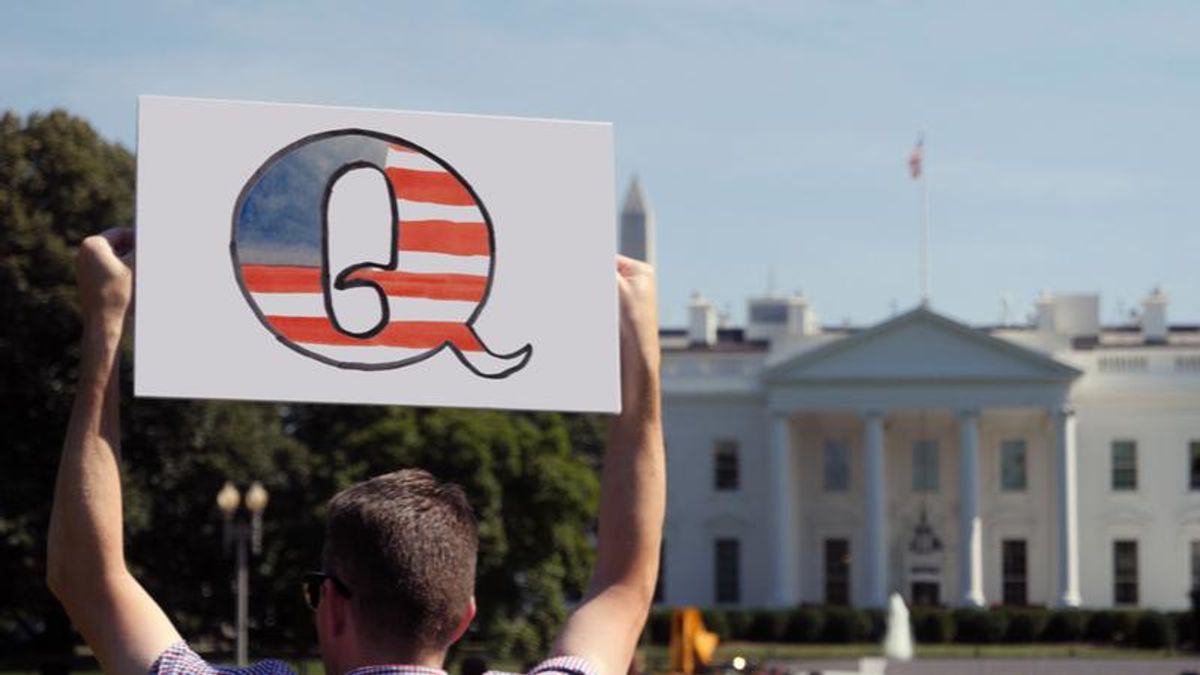 After being purged from most social media platforms, QAnon adherents are now flocking to the world of encrypted chat app groups such as Telegram, among others. With Donald Trump out of office for over a month, the conspiracy cult's predictions of mass arrests being carried out against Trump's enemies have dried up, so now they're shifting gears.

According to The Washington Post, believers in the QAnon conspiracy theory are now immersing themselves in anti-vaxxer paranoia and COVID-19 denialism.

"Nothing so far has been able to sink QAnon, whether it be massive purges by social media companies or the failure of its so-called plan to manifest," executive director of the SITE Intelligence Group, Rita Katz, told the Post. "Now, as energy around its election-related conspiracy theories loses momentum, the Q movement has doubled its focus on themes like covid-19 denialism and vaccine skepticism."

Numerous QAnon groups are spreading the word about March 20 when the "World Wide Rally For Freedom" is set to take place, which they say will be a global protest against pandemic health restrictions.

"The covid-19 shot is an experimental bioweapon, right? You can see the harm it's causing. So you can understand how it's killing all the people," a video that has racked up over 74,000 views says.

Telegram prohibits "public calls to violence," but other than that, its content moderation is pretty lax. The Post reports that in one QAnon discussion, a member wrote, "Give me a vaccine I will give you my bullets."

Another replied, "I will take their vaccine, from their cold dead hand."