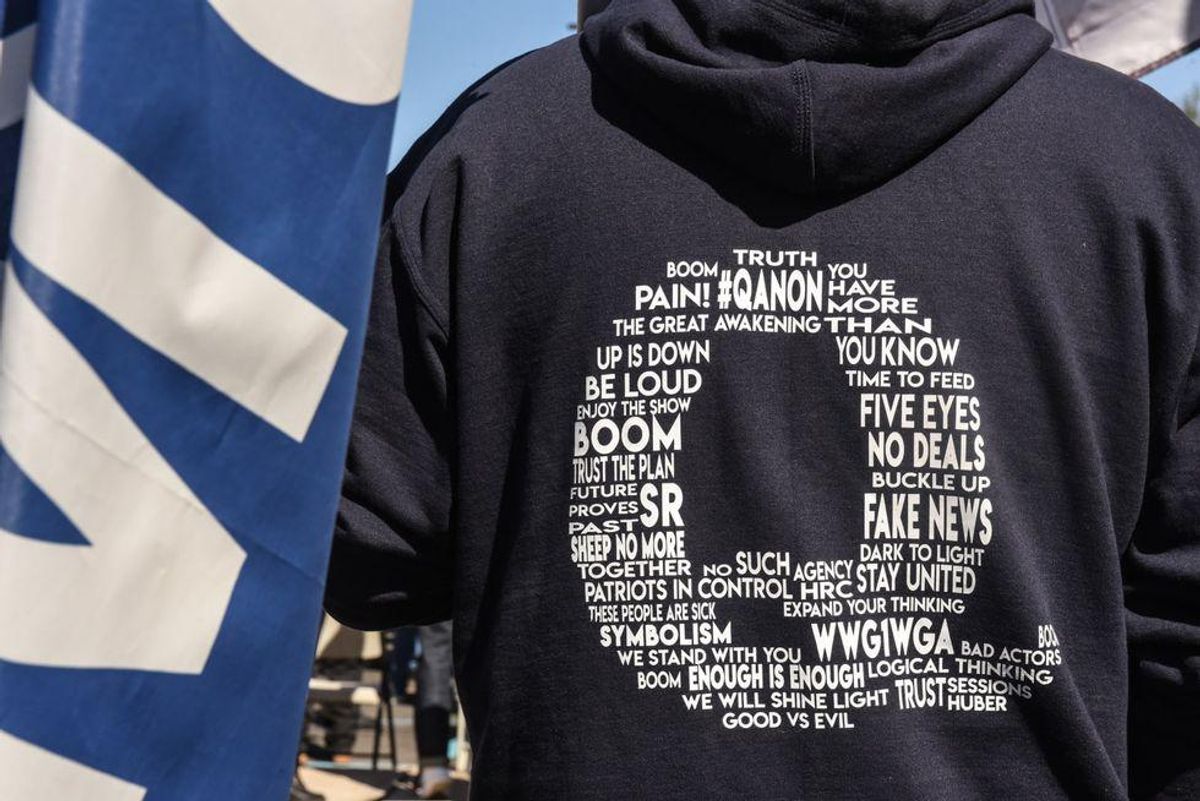 A person wears a QAnon sweatshirt during a pro- Donald Trump rally on Oct. 3, 2020, in the borough of Staten Island in New York City. - Stephanie Keith/Getty Images North America/TNS

A believer in the QAnon conspiracy theory has been hospitalized with COVID-19 -- and now her allies are harassing the hospital where she's being treated to get medical professionals to dose her with ivermectin.

The Chicago Sun Times reports that the Amita Resurrection Medical Center in Chicago has been getting swarmed with angry phone calls from QAnon devotees who are upset that the hospital is not giving their ill comrade ivermectin, the anti-parasite drug that has so far not been proven as an effective treatment against the novel coronavirus.

The case has attracted the attention of infamous pro-Trump lawyer Lin Wood, who became notorious for peddling widely debunked conspiracy theories about the 2020 presidential election.

Wood told the Sun Times that he made a personal plea to treat the afflicted Q believer with ivermectin, only to be rebuffed.

"[The hospital staff member] informed me that ivermectin was not on the Amita protocol and [the woman] would not receive it," Wood complained. "When I tried to respond, he was rude, talked over me, and hung up on me."

Former Trump national security adviser Mike Flynn also said this week that he was sending "prayers" to the ill QAnon fan, whom he described as a "friend and patriot."