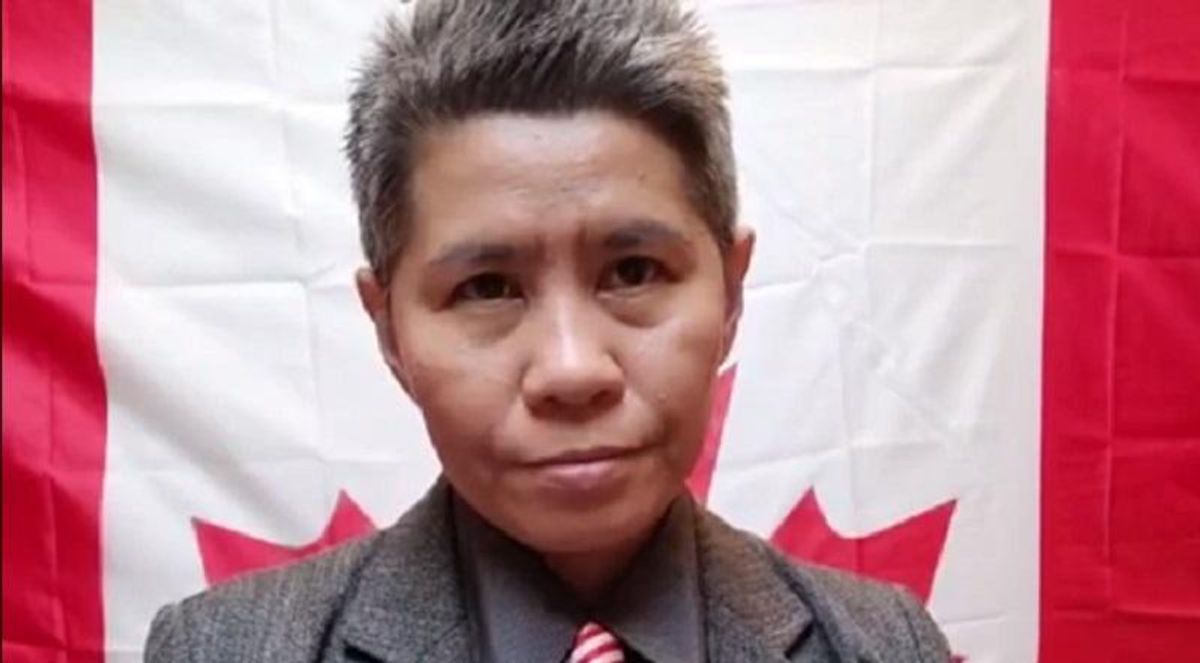 A far-right politician who claims to be the secret Queen of Canada has drawn a following from Trump-loving believers in the thoroughly discredited QAnon conspiracy theory.

Vice News reports that Romana Didulo, the founder of the Trumpian "Canada First" party, has taken to calling herself the "Queen of Canada" and "Commander-in-Chief of Canada's Armed Forces" while sending out fatwas warning assorted Canadians that they will be executed if they get vaccinated against the novel coronavirus.

"At the firing squad, the military firing squad, you will receive not one, but two bullets on your forehead for each child that you have harmed as a result of injecting this experimental vaccine," she recently told her followers via the Telegram video app. "So when you go home tonight, think about how many bullets."

Didulo has many supporters among Canadian QAnon believers, many of whom are harassing schools and businesses that are still enacting restrictions such as mask mandates to protect people from the novel coronavirus.

These followers also believe that Didulo is orchestrating executions of their political opponents behind the scenes, much as they believe Trump worked behind the scenes to secretly unmask a global network of Satanic pedophiles.

Added to all this, writes Vice, the name "Romana Didulo" is an anagram for "I Am Our Donald," which has only enhanced her credibility as a "leader" to the group.