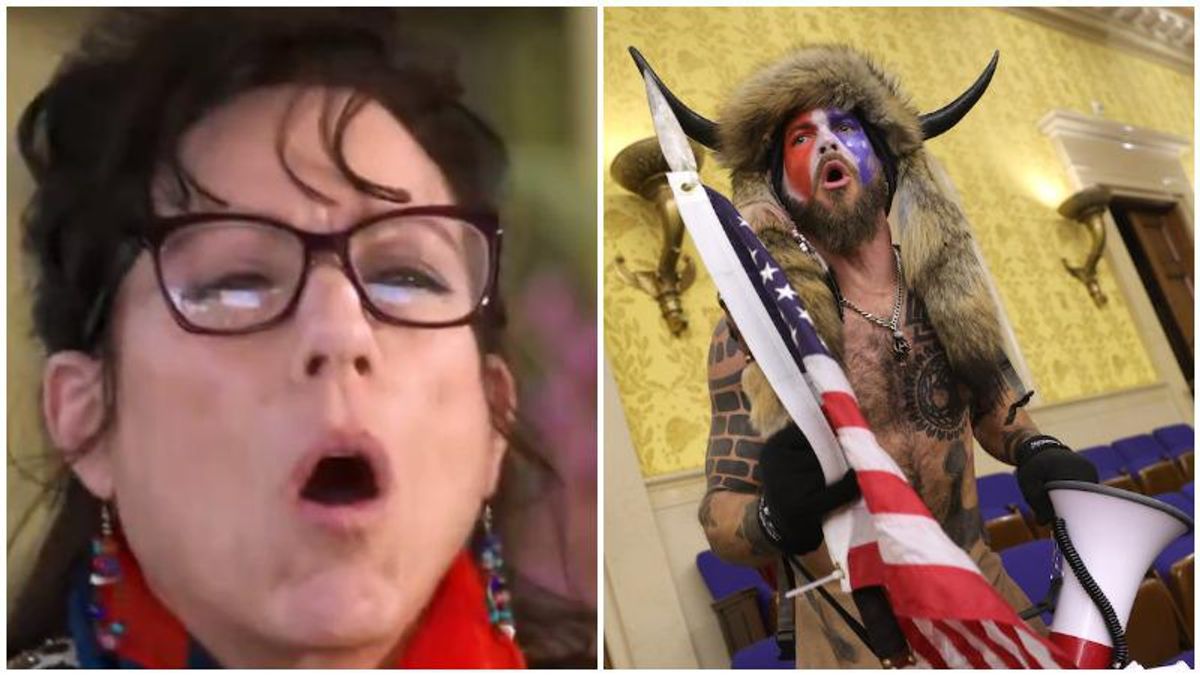 Martha Chansley, the mother of the so-called QAnon Shaman, defended her son's actions during an interview with CBS's 60 Minutes.

In an interview set to be aired on Sunday, Chansley grew defensive when asked whether she thought her son, 33-year-old Jacob Chansley, did anything wrong when he took part in a violent mob that stormed the United States Capitol building on January 6th.

"What do you mean by 'wrong?'" she asked incredulously. "He didn't -- he went through open doors! He was escorted into the Senate! So I don't know what's wrong with that!"

Left unmentioned is the fact that the doors were only "open" for Chansley because rioters smashed windows and broke into the building by force.

Chansley then said her son would take back his decision to storm the Capitol if he could and she insisted that "he is sorry" for his actions.

However, she also defended her son's "right" to try to disrupt Congress from certifying the 2020 election results on the grounds that President Joe Biden allegedly "stole" the election.

"I don't believe it was won fairly at all!" she said.


"He walked through open doors." - Martha Chansley, defends the actions of her son -- aka the QAnon Shaman -- during the Capitol siege. This exchange was one of the most telling from the piece. Would watch the full clip. pic.twitter.com/Ie1YJ0YXPf
— Laurie Segall (@LaurieSegall) March 4, 2021