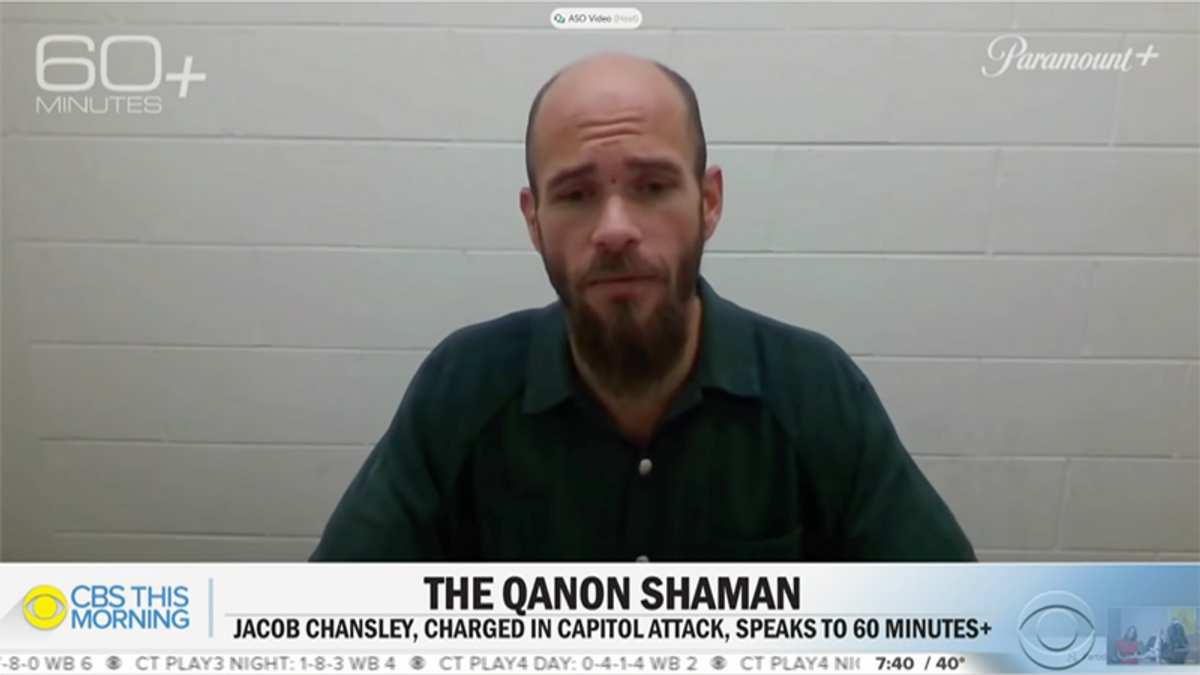 "Can you tell me how that came about?" the judge asked. "It seems to me that you visited as a subterfuge."

"There's no subterfuge here, at all. ... I did not under any circumstances try to conduct subterfuge to this court, certainly, and not to the facility where my client is currently housed," Watkins replied. "It's just not my style."

The judge said pretrial interviews require approval of prosecutors, jailers and the judge. He also said he told the Marshals Service he did not approve the interview.

The defense lawyer admitted that the jail was in the dark.

"The jail was only told this was an attorney-client interview video. I asked for a Zoom conference with him," Watkins said. "I didn't tell them it was for an interview with '60 Minutes.'"

"I'm sure you didn't," the judge replied.

"QAnon Shaman" speaks out for the first time in "60 Minutes+" interview www.youtube.com