Queen of England’s note to Kim Jong Un was so strange that some believed it was an ‘elaborate hoax’: report 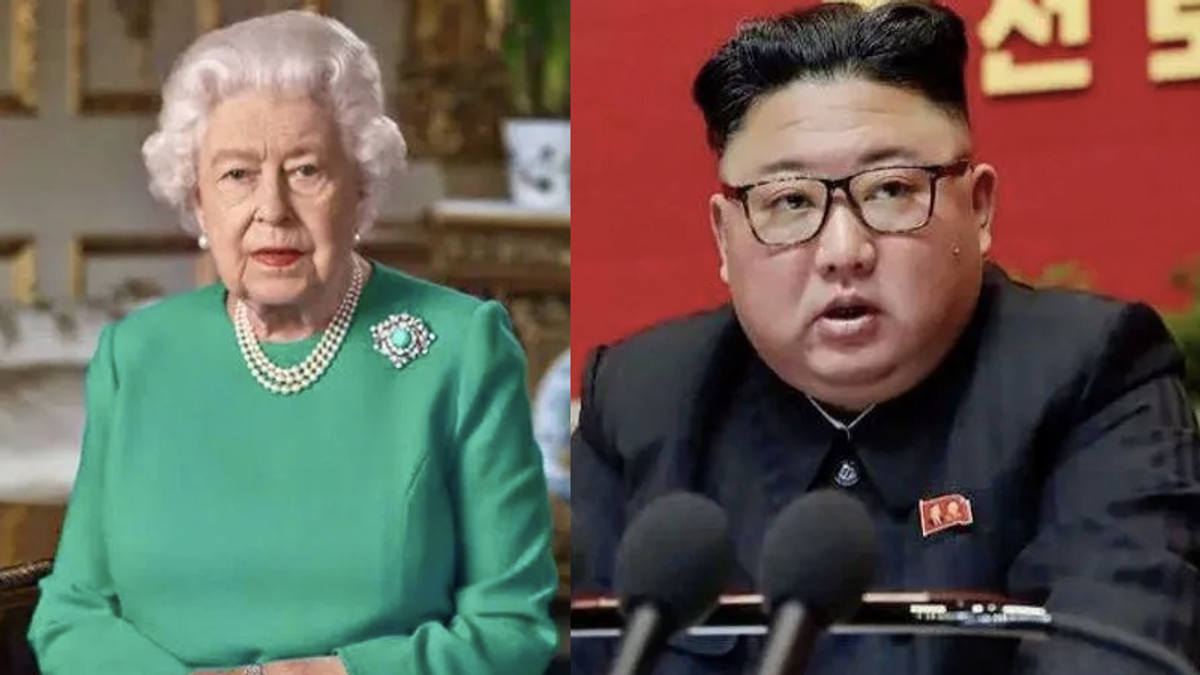 The Daily Beast reported Tuesday that the Queen of England did send a congratulatory note to North Korean dictator Kim Jong Un as he celebrated North Korea's founding day.

The Beast explained that when the news was reported they didn't believe it and thought it was a satirical report, so they called Buckingham Palace to confirm, which they did. The note had caused "knowledgeable insiders to speculate that Pyongyang must have made up the note," The Beast reported. But the palace ended up "dispelling suspicions that it might have been an elaborate hoax."

North Korea "regularly greets our queen on her birthday," the Beast cited Korea expert Aidan Foster-Carter, at Leeds University in England, "but I find no trace of any message from us/her to them—until now. So this is intriguing."

The message was dated Sept. 7 ahead of the founding day parade and published in its entirety with other messages from international leaders from Algeria, the Seychelles and Azerbaijan. Other western powers were noticeably absent among the list, with the exception for the Queen. It was sent five days before Kim deployed another new long-range cruise missile. The state media claimed the missiles hit their targets before falling into the water.

The letter didn't deliver any personal comments to Kim. The report said that she focused on the anniversary of the beginning of the Kim dynasty.

"As the people of the Democratic People's Republic of Korea celebrate their National Day, I send my good wishes for the future," the letter said. It was addressed to the "head of state," which should have been Kim but it was sent to the "president of state affairs" before being given to the president.

"It was a message sent by the Foreign and Commonwealth Office (FCDO) on behalf of Her Majesty to the people of North Korea on their national day," the Beast cited the palace spokesperson. The report went on to reveal that messages are "routinely" sent out after advice from the FCDO.

"However, efforts to downplay the significance of the message will not appease critics who fear the regime is making use of the queen's message to confer legitimacy on its autocratic system," said the report. "North Korea's nuclear aspirations were demonstrated again on Sunday with boasts of successful tests of a new long-range cruise missile."