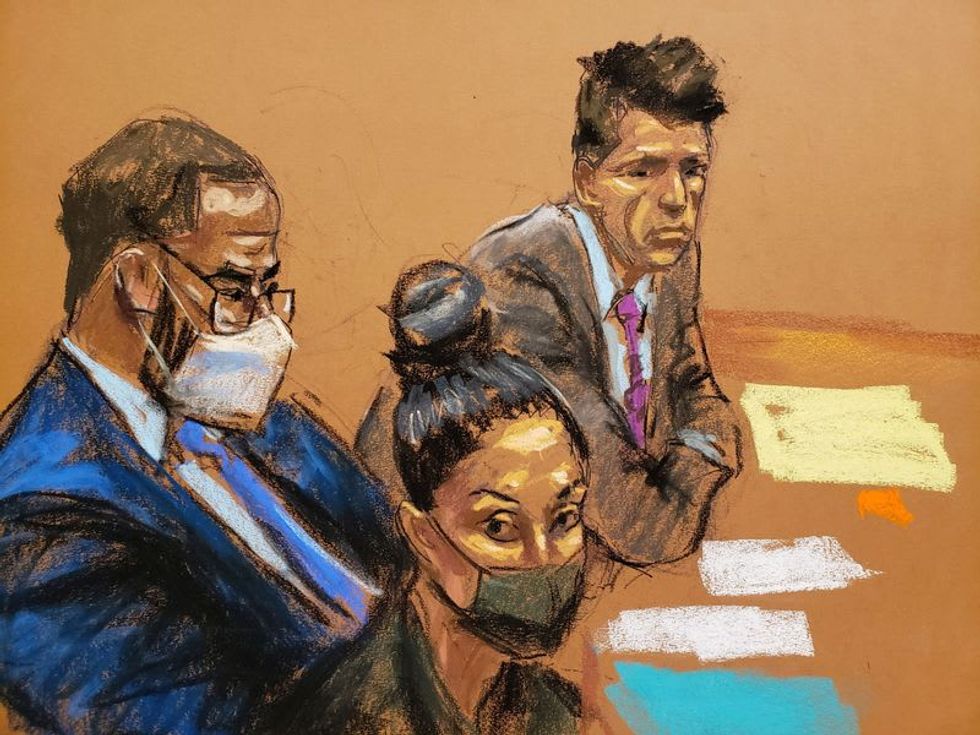 Kelly, 54, announced his intention after five witnesses spoke in his defense over nearly two days, following 4-1/2 weeks of testimony from prosecution witnesses https://www.reuters.com/legal/litigation/prosecutors-rest-case-against-r-kelly-after-month-testimony-2021-09-20.

"No, ma'am," Kelly told U.S. District Judge Ann Donnelly when asked if he would testify, which he is not required to do. Kelly also said he understood the implications of his decision.

Closing arguments are expected to begin later Wednesday, and jurors could begin deliberating on Thursday.

Kelly, whose full name is Robert Sylvester Kelly, had pleaded not guilty to one count of racketeering and eight counts of illegally transporting people across state lines for prostitution.

Prosecutors have tried to portray him as an intemperate predator who exploited his fame to attract fans into his circle, where he would demand strict obedience or else punish them.

Kelly has repeatedly denied sexual abuse accusations https://www.reuters.com/world/us/timeline-r-kellys-life-sex-abuse-case-against-him-2021-08-19, which have dogged him for about two decades.

The defense's fifth witness, music industry executive Julius Darrington, testified on Wednesday that he sometimes spent 10- to 12-hour days with Kelly after meeting him in 2016.

Darrington said he never saw women being locked in rooms, heard screaming or crying, or saw Kelly strike anyone, which other witnesses have said took place.

On cross-examination, prosecutor Elizabeth Geddes tried to emphasize how Darrington was not monitoring Kelly around the clock.

"You have no knowledge of what the defendant did behind closed doors when you weren't there, correct?" she asked.