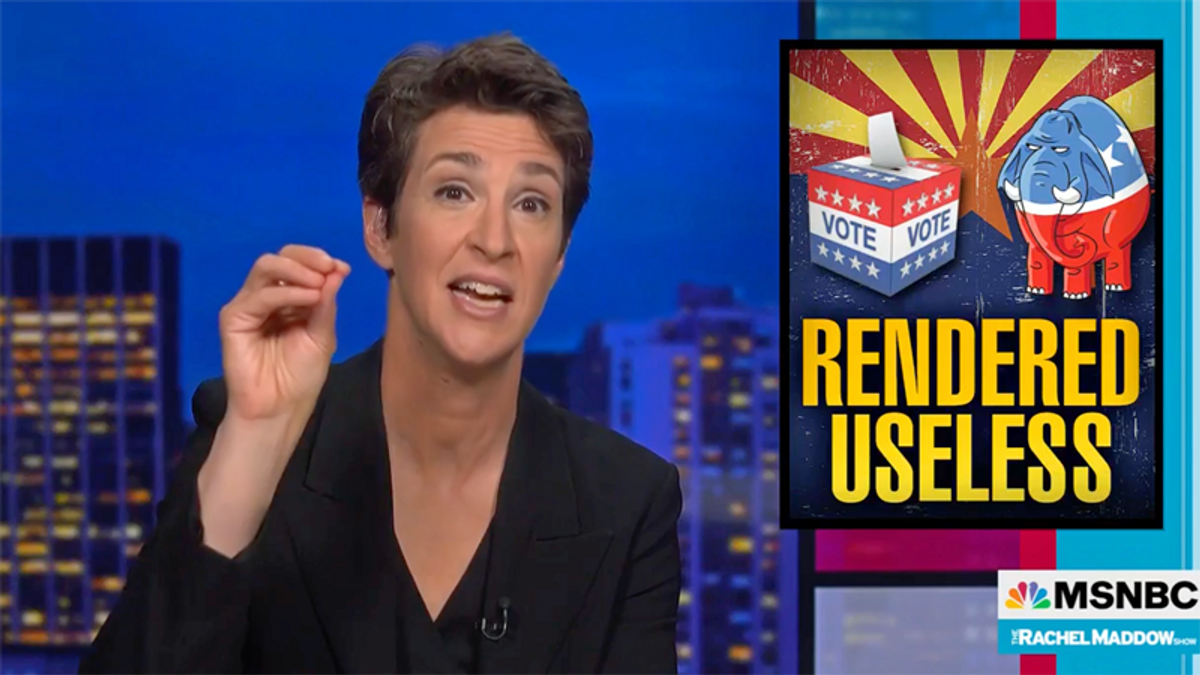 The host of "The Rachel Maddow Show" on MSNBC on Friday warned that phony GOP "audits" of the 2020 election will continue to spread across America.

"What's happening in Arizona is not an official thing. They have got the real ballots, the real voting machines, but it's a privately funded thing with just random Trump people paying to have access to the votes and the voting machines," she explained. "And Republicans all over the country are just letting them do it, lining up to do it now."

"They all want to get in on this good thing Arizona has got going on. It's happening in Arizona, we know it happened in one obscure Pennsylvania county before this — a county that can no longer use its voting machines because of it," she continued. "As of today, it's apparently going to happen next in Georgia — Fulton County, Georgia."

"I hear a lot of people say that they're re-litigating the election results. There's no litigation here, at least not yet. They're not bringing their claims about election fraud to the courts, they tried that more than 60 times and lost all of them. Instead, what this is, is Republicans with private Trump supporter money using Trump supporter contractors who have no expertise in the field, they're taking the ballots and taking the voting machines and doing lord knows what to them, but they think they're going to be able to undo the results of the last election with whatever it is they're doing, messing with what is supposed to be a public process."

"This is absolutely ridiculous and hilarious along with this clown car of ludicrous characters," Maddow said. "But at the same time, they really are going to do this all over the country."

"This is incredibly stupid and occasionally hilarious. It is also at the same time way more serious than we are taking this as a country," she warned. "They're just getting started."