‘This is absolutely disgusting’: Residents outraged and horrified by Louisiana educator’s racist comment

Lafayette Parish Schools in Louisiana are investigating a teacher who made a post in a Facebook group using the N-word, KLFY reports.

A post in the "Whatz Goin On in Acadiana" group earlier this month announced a back-to-school giveaway on "1900 Cameron Street." But in the comments, Ossun Elementary educator Julie Colley expressed her disappointment in the location.

The post has since been deleted, but someone shared a screenshot in the group asking Colley to explain herself. 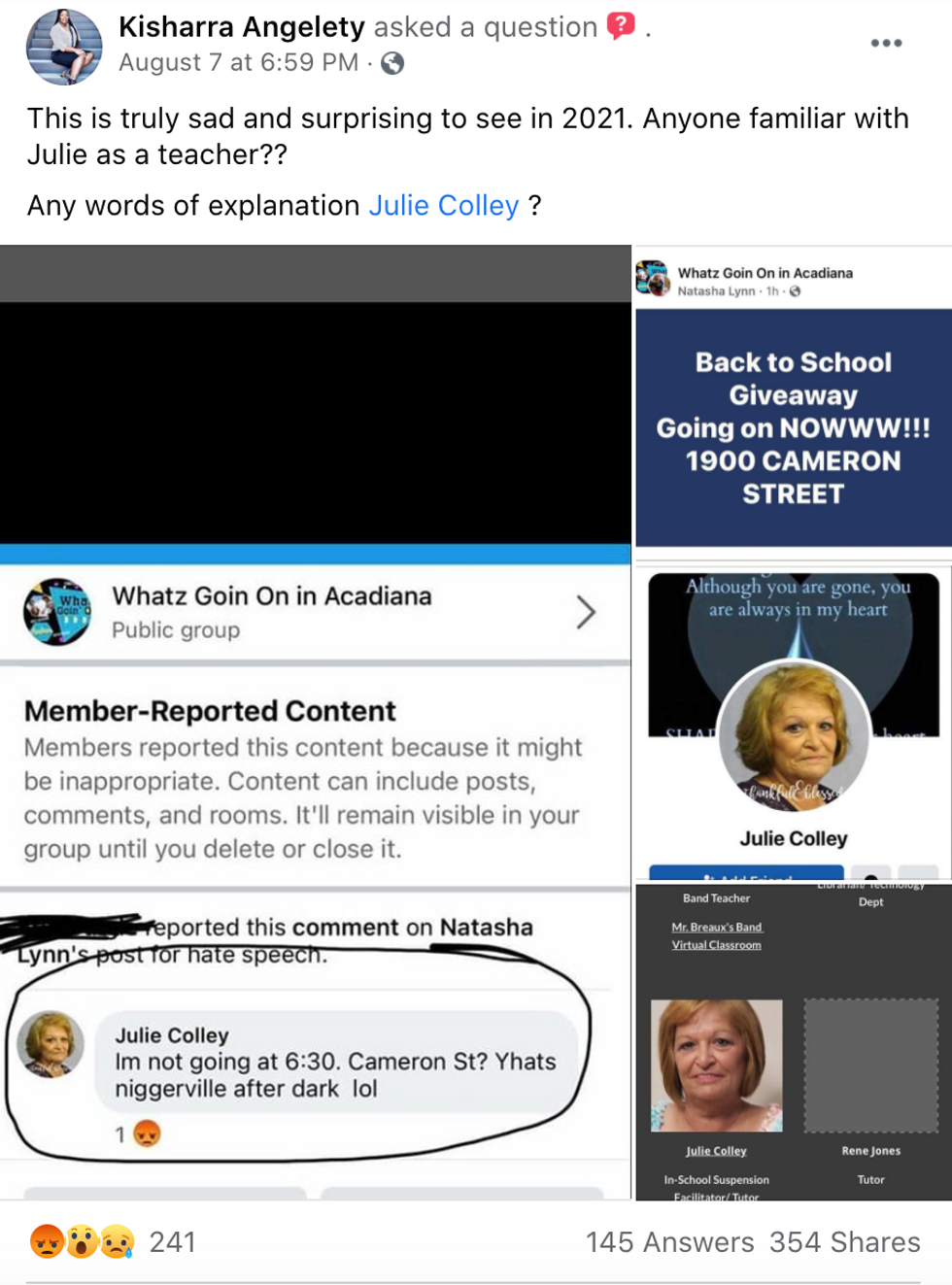 "This is absolutely disgusting. I hope she gets fired," one woman wrote in response.

"She is a public servant. I'm actually astounded at her blatant racism. I'm so thankful my child doesn't go to the school she works at but I feel so sorry for the youth that have to be exposed to her," added another Facebook user.

In a statement, state NAACP Vice President Marja Broussard said it was not surprising that "someone entrusted to guide and nurture our children, so easily shared such hatred for Black and Brown people, in a public forum."

"The racist anti-Black mentality has been alive in our community for decades, and we will stand up against it every time until it is eradicated," the statement read. "We will not tolerate this bigotry that continues to traumatize our youth and further the narrative that our Black children are second-class citizens."

"We are calling on Superintendent Trosclair to immediately remove Ms. Colley from any ability to further traumatize students, especially Black and Brown, Indigenous, and immigrants or from any ability to continue to teach this mentality to innocent students trusted in her care," the statement continued.