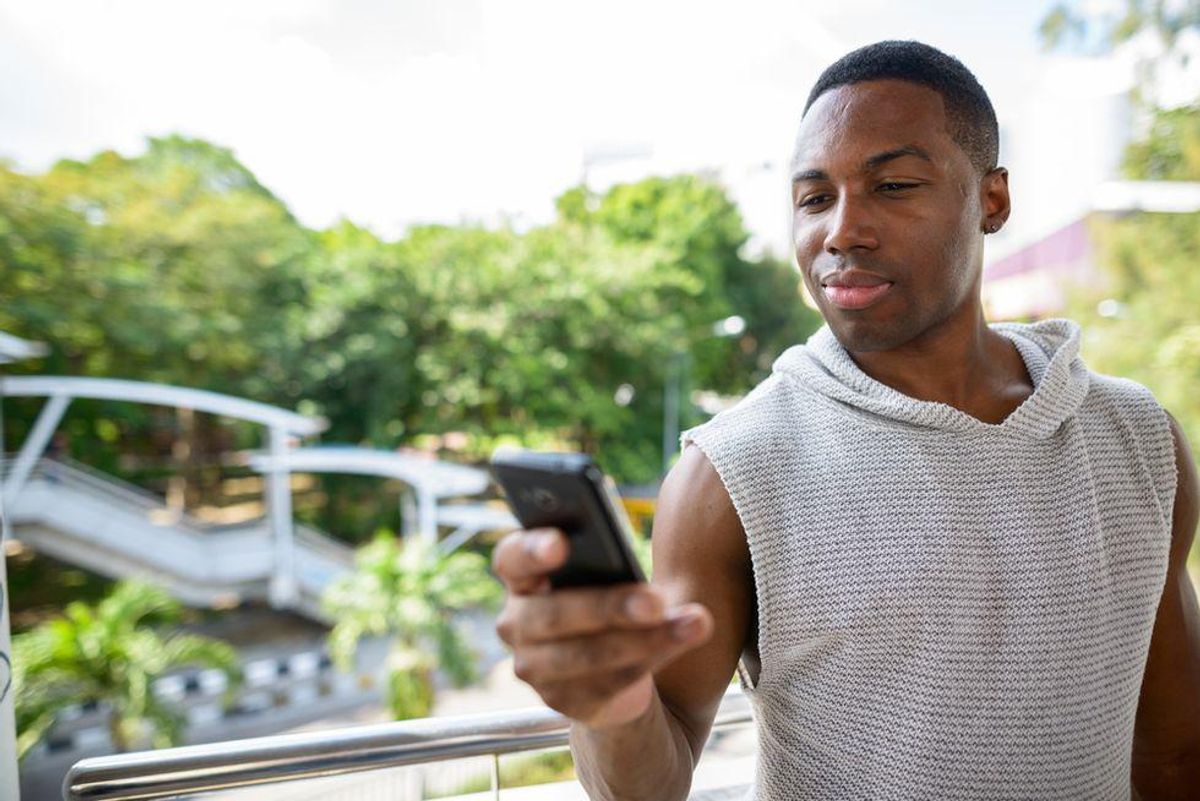 A black man looks at his phone (Shutterstock).

The text message in question was directed toward Goodwin's wife, whom Little described as a "N*GGER B*TCH."

Goodwin said that Little would once again use the slur against his wife when she came to pick up her daughter later in the day.

Three hours after Goodwin posted about the incident, Little's employer, the South Carolina Automobile Dealers Association (SCADA), announced that it had terminated her employment.

"SCADA was made aware this morning of an incident involving one of our staff members that took place on her personal time, unrelated to anything SCADA sanctioned," the association noted in a Facebook post. "SCADA would like to make it clear that we in no shape or fashion will tolerate any discriminatory behavior or language. This staff member is no longer employed by SCADA or affiliated in any way by our association."