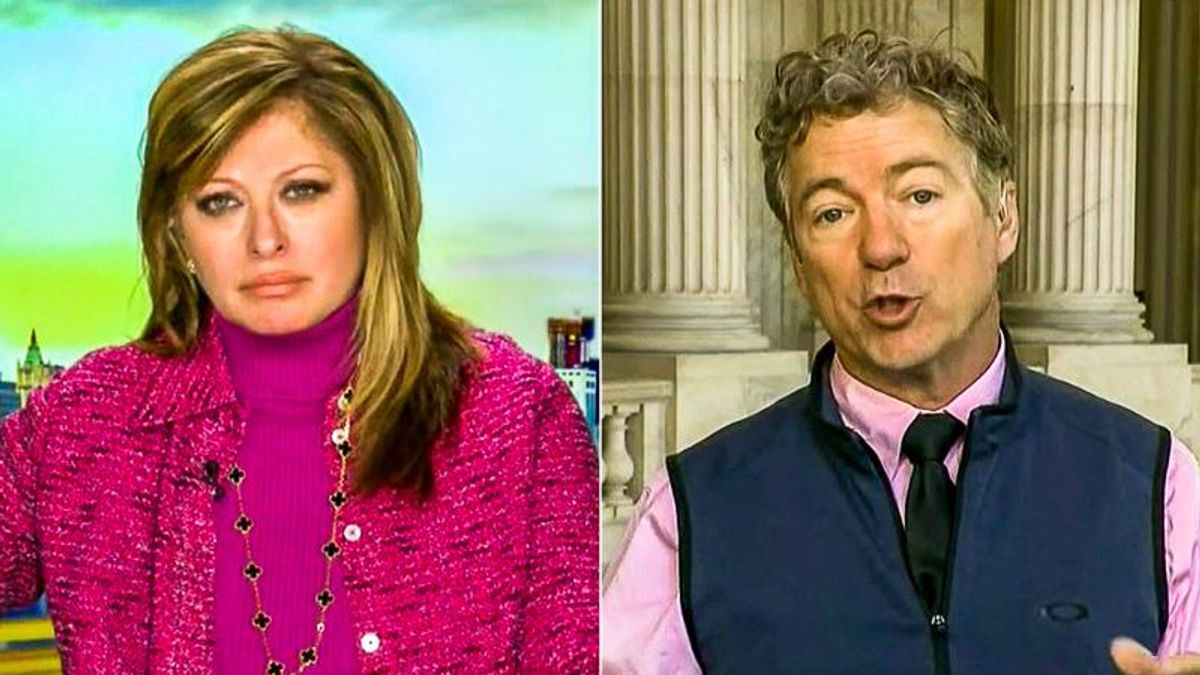 Sen. Rand Paul (R-KY) revealed this week that he is "terrified" of Democratic proposals to improve election integrity.

"Are you worried in any way of future elections being fair?" Bartiromo asked.

"I think we need to have in-person voting and it needs to remain in control of the states," he remarked. "So I've been going around to each of the states, including my state, and trying to get election law reformed. I think you need to vote in person."

But Paul said that states should be barred from "using taxpayer money to go to your house with ballots and applications to vote."

"This idea of harvesting votes -- that's what Nancy Pelosi wants to do -- is wrong," he insisted. "And we need to make sure we stop that."

Paul also said that he opposes the federal minimum wage because it hurts the nation's children.

"The government shouldn't be in this," he argued. "And the people that get hurt the worst are those most disadvantaged. Black teenagers -- unemployment goes through the roof when you set minimum wage. And the most important thing for any teenager, white or Black, is that first job and they don't get it if you set the wage higher than what the market will set it at."

"It's a disservice to our youth," he concluded.