Most pro-Trump counties have three times the COVID death toll as the most pro-Biden counties: report

MSNBC's Chris Hayes on Wednesday reported on the higher death toll in the most Republican counties vs the most Democratic ones.

Hayes pointed to a new report that was published by data journalist Christopher Ingraham under the headline, "GOP COVID policy is killing GOP voters.

"That is more than three times as many people dying from COVID as in those most, pro-Biden counties," Hayes said. 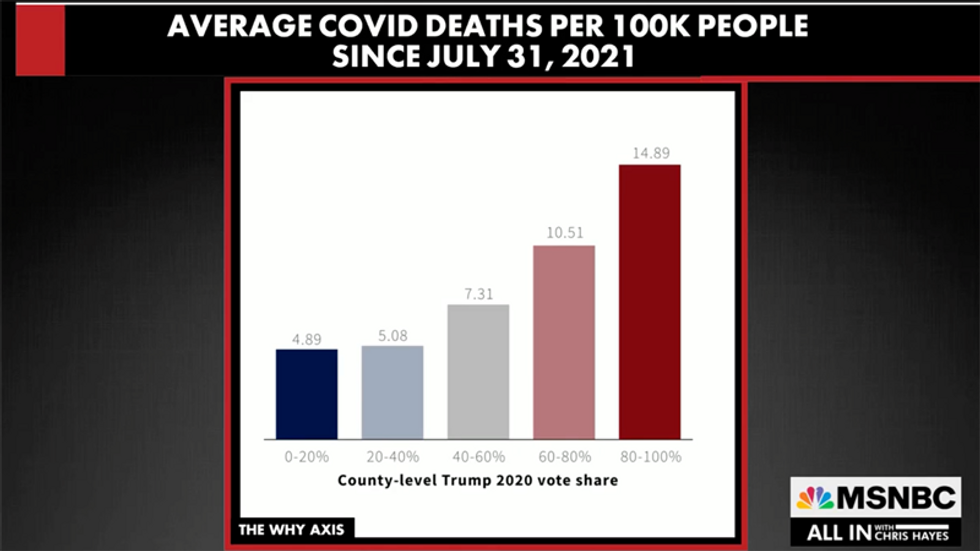 Hayes says the data gives "some real empirical weight to the evidence we've seen, for months and months and months, that the delta wave is wreaking havoc disproportionately in red America."

Hayes noted that with vaccines, the deaths were "largely preventable."

"It is happening because the agenda of the Trump, MAGA, Republican Party has been, by-and-large, to ignore the risks of COVID, refuse to protect yourselves, others from it, and when people die, it is 'freedom' or something," Hayes said.