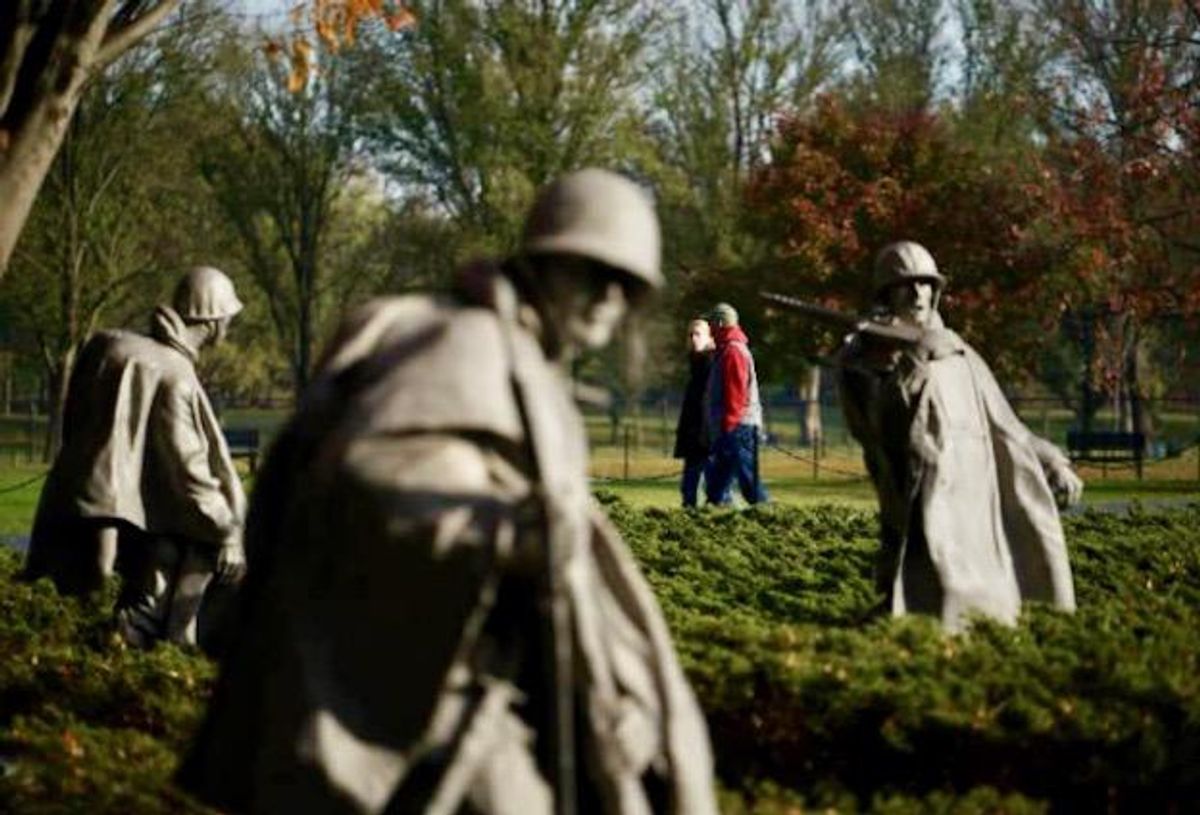 The Korean War Memorial in Washington(AFP)

The Pentagon said Kapaun ministered to other prisoners of war while in captivity and died of exhaustion and possible heart failure induced by pleurisy on May 23, 1951. He was 35.

The Defense Department's POW/MIA Accounting Agency said Friday that his remains had been identified.

"After 70 years Chaplain (Capt.) Kapaun has been accounted for," acting Secretary of the Army John Whitley said in a statement. "His heroism and resilient spirit epitomized our Army values of personal courage and selfless service."

The Pentagon said Kapaun's "faith and leadership" had inspired thousands of prisoners to "survive hellish conditions."

Kapaun was declared a "servant of God" by Pope John Paul II in 1993, the first stage on the path to canonization.

He was posthumously awarded the Medal of Honor, the highest US military award for valor, by president Barack Obama in 2013.

Some 7,500 service members remain unaccounted for from the Korean War, according to the Pentagon.