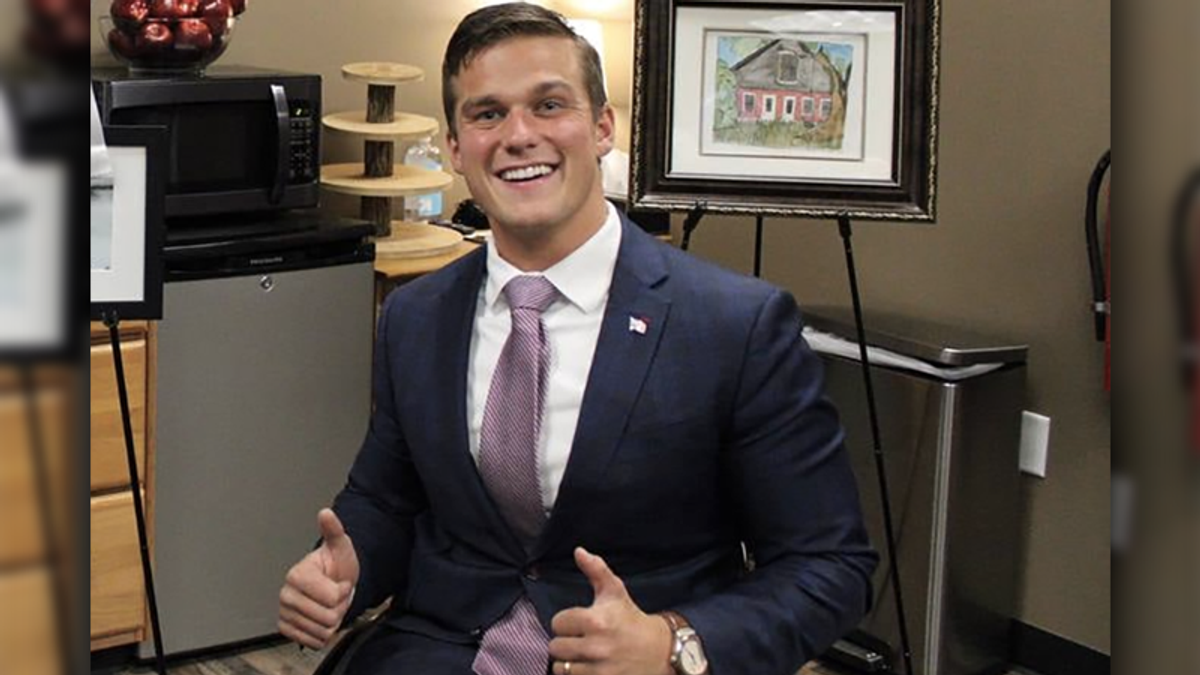 Rep. Madison Cawthorn's (R-NC) latest behavior has shocked and alarmed those back home in North Carolina.

The editorial board of The Charlotte Observer released a bruising column saying that it's time for Republicans in the state to rein in the freshman congressman.

"His fellow Republicans, including those in North Carolina, should respond," the paper argued. "They should join Democrats in condemning Cawthorn and, in a bipartisan effort, censuring him in the U.S. House."

The column cited "antics" from Cawthorm like his "formal request that the U.S. cabinet invoke the 25th Amendment" to remove President Joe Biden. It isn't something a member of Congress can "formally" do. The same request drew ridicule because Cawthorn couldn't even spell Vice President Kamala Harris correctly or get the address to the VP office right.

The paper characterized Cawthorn as an example of how polarized that the country is that voters would rather vote for someone like him "with a glaringly thin resume and bloated history of lying" than voting for a Democrat.

The more recent problem for Cawthorn is that he said that there could be "bloodshed" over elections in the future. He has called masks "anti-science" and announced that Democrats want to arm Taliban fighters with automatic weapons. He told Americans that "we all need to be storing up some ammunition," in response. That speech concluded with Cawthorn saying he may be forced to take up arms against the United States, an outright violation of his oath of office.

In the past, hyperbolic rants from Republicans promising to take up arms would be dismissed as playing to their base. But after Jan. 6, such words have a different context. After all, the same Madison Cawthorn who called Capitol invaders "disgusting" is now saying they are "political prisoners."

"Republicans surely would rather not target one of their own and face the possible wrath of their base, not to mention the former president. But Cawthorn can no longer be dismissed as a silly Congressman braying from the mountains of North Carolina. His rhetoric is dangerous, not only to his party but his country," the column closed. "It's time to stop ignoring him."

Read the full take at the Charlotte Observer.