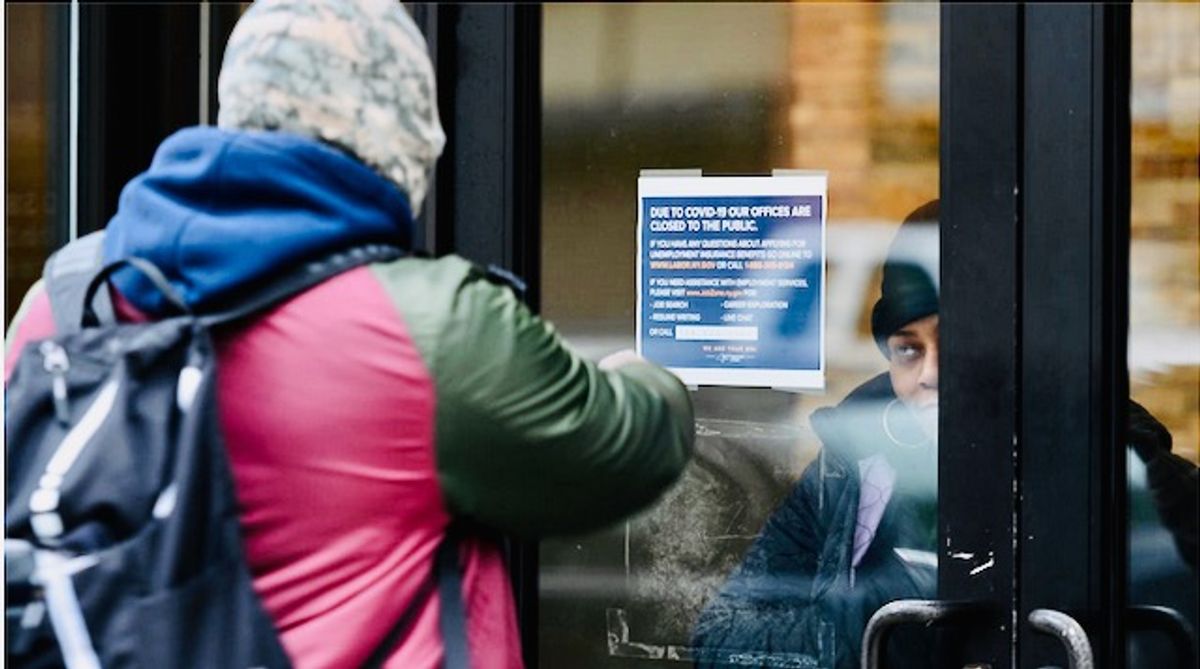 "The money to fund these benefits has already been allocated by Congress and is out of the door. What's more important now is that Americans — jobless or not — spend the cash in their wallets to help the nation along on its road to recovery," reported Tappe. "The US economy runs on consumer spending and every dollar in every wallets counts. While pundits are arguing, Americans are on the same page. Consumer confidence is soaring, retail sales jumped in March and gross domestic product — the broadest measure of economic activity — is on pace for a super-strong 11% annual growth rate this quarter, according to the Atlanta Fed."

Another problem with the argument unemployment benefits are to blame for the latest weak jobs report, wrote Tappe, is that there are other things keeping Americans from working — and for them, these extended benefits are critical to staying in their homes.

"Many people really need those benefits because they don't have the choice about whether to return to work," wrote Tappe. "For workers with care obligations, be it for children or older relatives, leaving the house for hours might just not be an option as long as the care infrastructure isn't fully up and running again. Last September, when schools started again, hundreds of thousands of women dropped out of the labor force due to child care obligations, for example. Benefits weren't the reason."

"At this point, it's not even clear how much it really matters," concluded Tappe. "The latest data disappointment might mean nothing in the long-run. After all, one data point doesn't make a trend. The May jobs report could show the massive uptick in job growth that economists had predicted last month. Plus, the disheartening April figures could be revised as well. It's going to take some time for the economy to find its new shape."