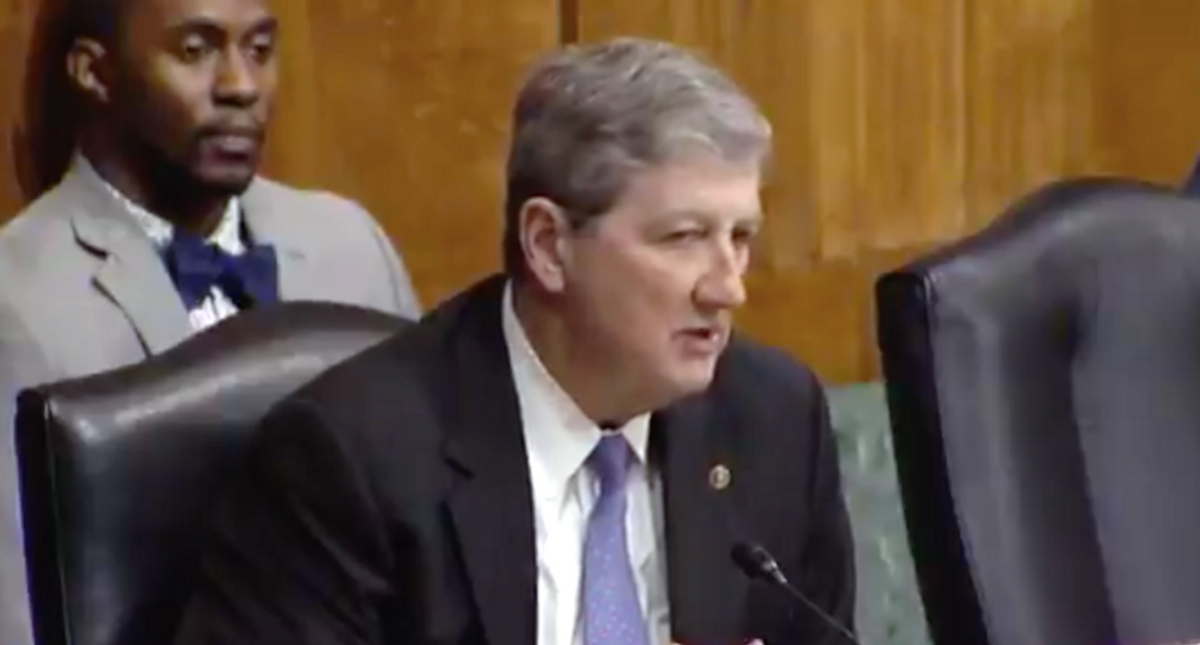 The question was about Kennedy's anti-choice position, something that isn't likely to be an issue at the DOJ, but at the U.S. Supreme Court.

"Did it even occur to you that some people may base their position on abortion on their faith?" Kennedy ranted.

"I sincerely appreciate that people have a different position on abortion than I do," said Dellinger. "I recognize the difference between someone saying something inartfully as a private citizen and working as a lawyer, and I think I've got a 30-year track record of being open-minded."

Slate reporter Mark Joseph Stern noted that when the shoe was on the other foot, Democrats weren't allowed to ask Republican nominees any questions that might relate to religion, even if their religion influences their views on public policy. For Republicans, however, it's suddenly acceptable. He recalled when Amy Coney Barrett was asked about Griswold v. Connecticut, the contraception law, Sen. Josh Hawley (R-MO) flipped his lid, claiming that the question was "religious bigotry" against Catholics.

See Stern's comments and the video of Kennedy below: