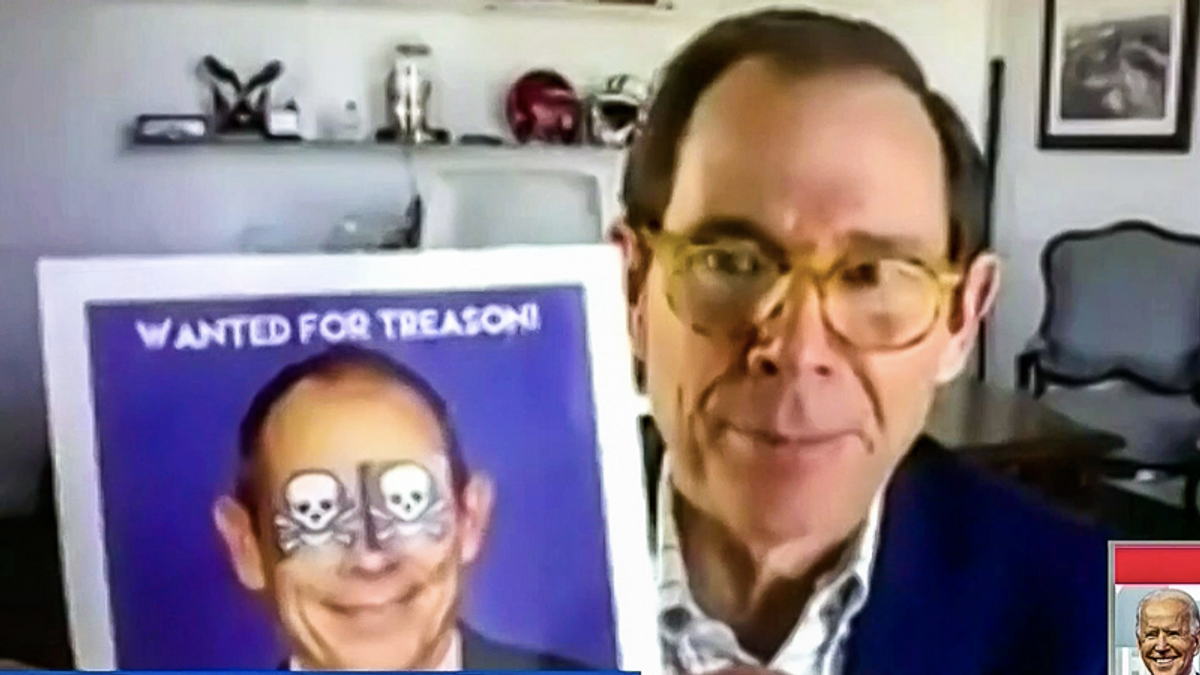 Rep. John Curtis (R-UT) was one of the 197 Republicans in Congress who voted against impeaching Donald Trump for incitement of insurrection on Wednesday.

But that hasn't stopped him from being threatened after not doing more for the lame-duck president.

Curtis was interviewed on Thursday by MSNBC's Katy Tur. The host noted an earlier interview with revealing that members of Congress are worried for their lives.

"How do you feel today?" Tur asked.

"Well, this was dropped off at my office a few minutes ago," Curtis replied, holding up a "WANTED FOR TREASON" poster.

"I know that my colleagues are very concerned, it is very troubling for us all," he explained.

Tur asked him to hold the wanted poster up again.

"That was taped to my office door just a few minutes ago," Curtis said. "And it is in reference to me not supporting the objection to the Articles of Impeachment."

Curtis has also introduced a resolution to censure Trump that would "publicly state that President Donald J. Trump has acted in a manner grossly incompatible with self-governance and the rule of law."