WATCH: Republican gets served with subpoena in the middle of California recall debate 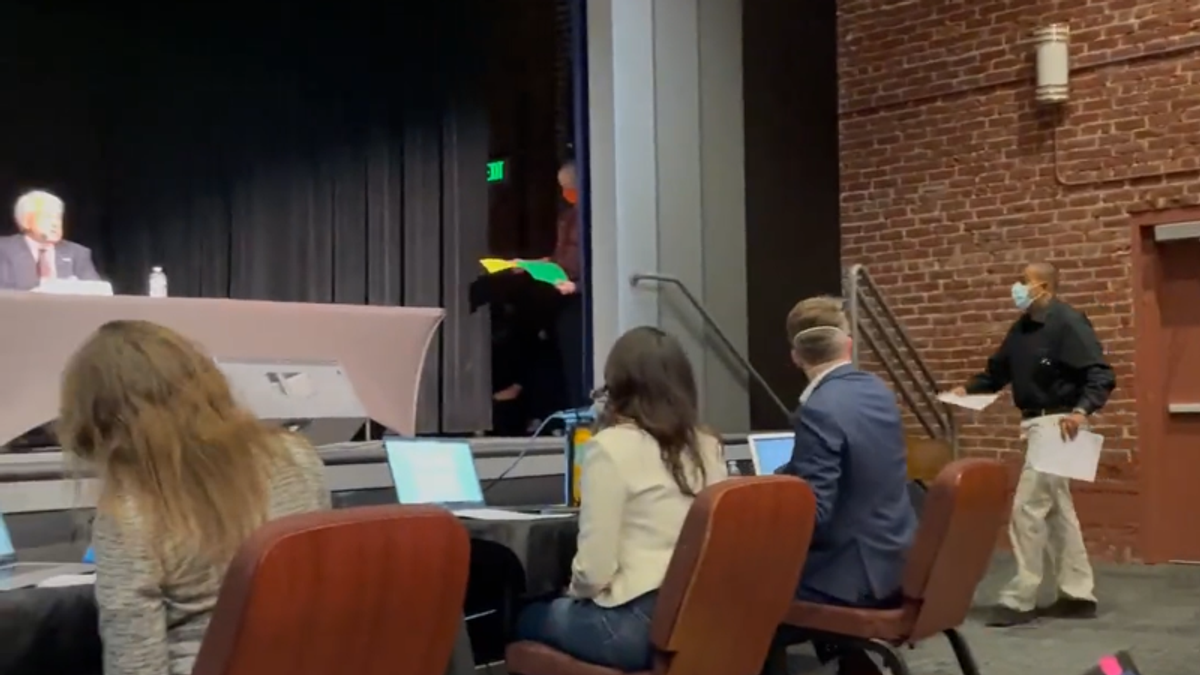 John Cox is served with a subpoena during California gubernatorial debate (Twitter).

On Tuesday, a gubernatorial debate at the California recall election took a sudden turn of events when Republican candidate John Cox was served with a subpoena in the middle of the discussion.

In a video posted by Los Angeles Times reporter Melody Gutierrez, a private investigator interrupted proceedings when he strode to the front of the room, announced "Mr. Cox, you've been served," and threw plastic-wrapped court documents onto the stage. Cox swiftly dismissed the subpoena as a "garbage thing," and the private investigator was asked to leave.

Cox, a Rancho Santa Fe businessman, has become known for eye-catching antics in the California recall race, including a bus tour with a live Kodiak bear.

According to the Times, "In February, San Diego Superior Court Judge Daniel F. Link ruled that the Cox campaign failed to pay Virginia-based GOP firm Sandler-Innocenzi nearly $55,000 for political ads and about $43,000 in attorney's costs, interest and other fees from Cox's unsuccessful gubernatorial bid in 2018. Founding partner Jim Innocenzi told The Times in May that he paid the California-based cast and crew for the Cox campaign ads out of his own pocket and was never reimbursed though Cox, a multimillionaire, refunded himself more than $66,000."