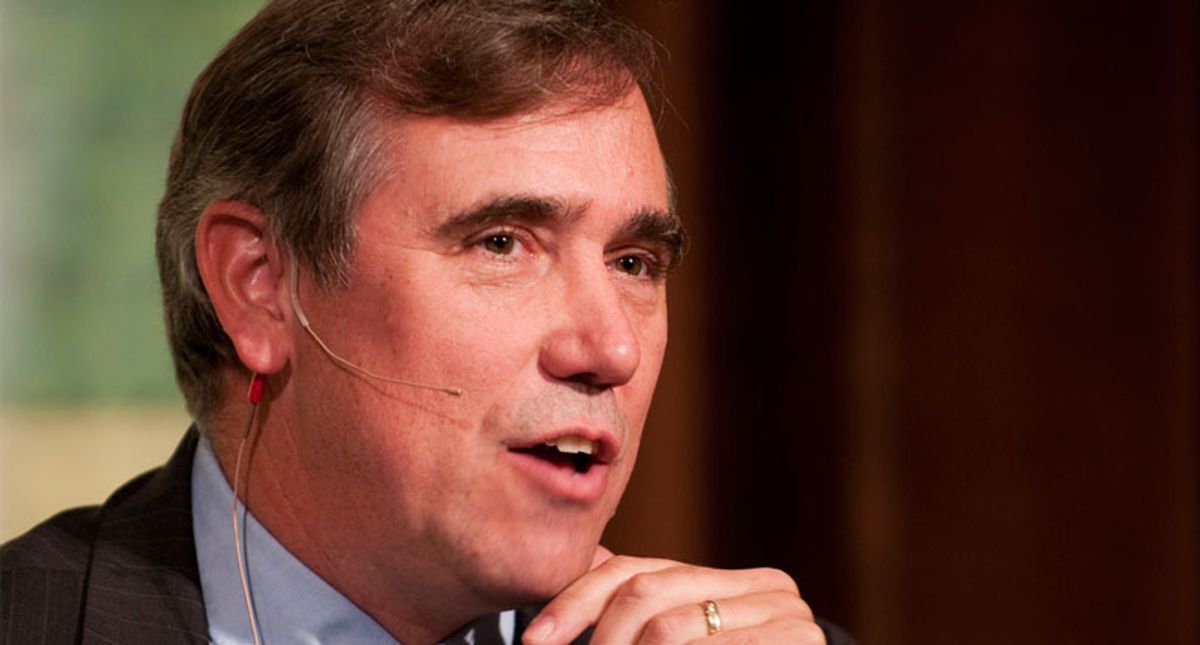 "I saw that vote today, and I have zero expectations that there are any Republicans left ... who put the country ahead of not even their party, because Donald Trump's not a Republican, he's about Donald Trump, but it's their fear of a tweet that at the moment he can't even send has now taken priority over any sort of duty to their job, to serving as United States senators, to their constitutional duty to serve as jurors," said anchor Nicolle Wallace. "They don't even believe in the legitimacy of the trial. How do you govern with members like that?"

"You know, we're in a situation where they participated in the creation of a mob, and then suddenly, they go, well, if I stand in front of that mob, that mob's going to run right over the top of me, and I'm afraid of that mob," said Merkley. "That's the way they feel about their Trump base. They essentially participated in the lies by not calling them out, day after day, year after year for four years, and Trump has Trump media, and so their base is listening to that Trump media on radio, on television, on cable, on every other direction that social media can reach them."

"The base is absolutely convinced that Trump is some kind of important hero and they will take it out on anyone who disagrees," continued Merkley. "And so they're afraid of their next election. They're afraid for their safety — their safety, their family's safety. And they're not standing up for our nation and for their oath to the Constitution."

A Trump supporter who took part in the January 6th riots at the United States Capitol building has been indicted weeks after he challenged federal law enforcement officials to "investigate deez nuts."

In a new court filing released Monday, an FBI special agent details the social media posts of a man named James Matthew Horning who repeatedly photographed and took video of himself during the Capitol riot while also throwing taunts at law enforcement officials.

Trump's National Marine Fisheries Service was regulating right whales toward extinction as the whales literally starved to death while entangled in fishing gear.

An estimated 356 North Atlantic right whales, including about 70 breeding females, migrate between Florida and Canada. The population has been declining for 11 years.