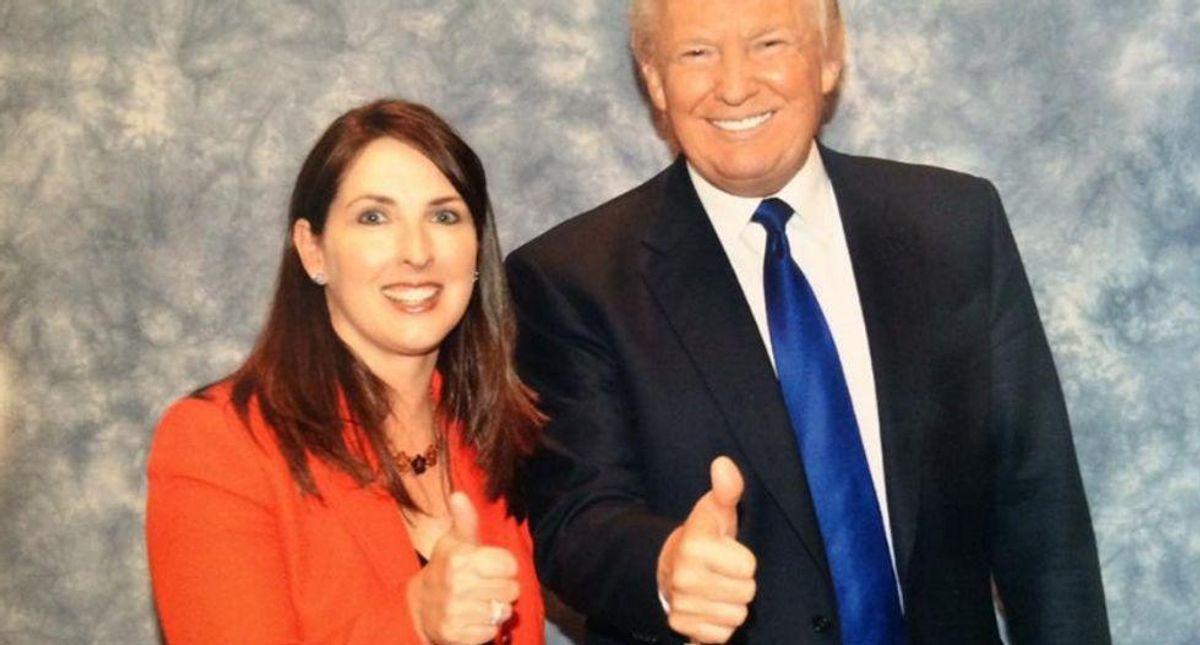 The 2022 midterm elections haven't even happened, and the Republican Party is already planning a debate defeat for whoever becomes their nominee in 2024.

NBC News reported that RNC president Ronna Romney McDaniel told the Commission on Presidential Debates in a letter that it "no longer provides the fair and impartial forum" that "the American people deserve."

For a party that has evolved to create its own reality instead of facing actual facts, debates don't help them as they show the divide between reality and lies.

"The presidential debates became a contentious topic during the 2020 election," explained NBC News. "Then-President Donald Trump was diagnosed with Covid-19 shortly after the first debate, prompting the commission to convert the second debate to a virtual format, which Trump then refused to participate in."

But even before Trump fell ill, he was complaining about the debate format, particularly townhalls where he couldn't regulate what people said to him publicly.

McDaniel claimed the commission "deprived voters of a meaningful opportunity to hear from the candidates before heading to the polls."

McDaniel doesn't understand the point of a presidential debate when people have already begun casting early ballots. But instead of negotiating with the CPD, McDaniel threw the baby out with the bathwater, indicating they're not interested anymore.

In 2020 Trump tried to change the agreed-upon rules to move up the debates, but he'd already agreed to the terms ahead of time. The 2024 nominee could presumably negotiate earlier debates.

When Trump fell ill with COVID-19 last year, he canceled the town hall-style debate. At that time, the CPD could have continued with the town hall welcoming only Biden and announcing that Trump was given an opportunity to attend. However, they backed down, allowing Trump a friendly audience on Fox News to answer questions from his gushing fans instead.

McDaniel said that in the future, she'd encourage the Republican nominee not to participate in the debate, leaving a vacuum for the Democratic candidate 100 percent access to any stage set for presidential candidates.