Pennsylvania Republican hikes into the woods to avoid speaking to reporters 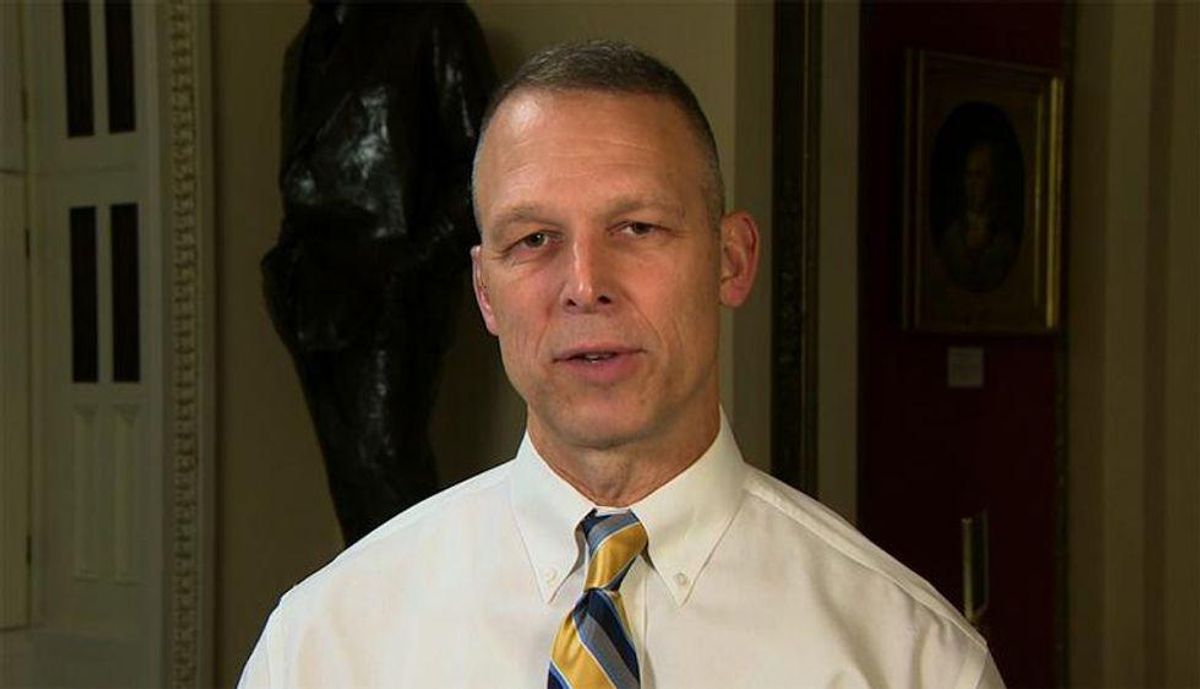 Rep. Scott Perry (R-PA) is now going to the extreme to avoid answering questions from his local news.

This week, while home in his district, Perry was approached by local outlet CBS21, but he walked into a local forest instead. According to CBS21, they've done interview requests, called and emailed looking for comments from their congressman, but he's repeatedly ignored them. Now he's taking the dodge to a whole new level.

"If given an opportunity, I wanted to ask Congressman Scott Perry about a bunch of topics including his newest bill to help veterans dealing with PTSD and suicide along with his vote against the Anti-Asian Hate Crimes bill. But unfortunately, after waiting for nearly an hour, Congressman Perry denied our request for an interview," wrote CBS21's Michael Gorsegner.

Perry has been willing to defend his opposition to the Jan. 6 Commission on CSPAN, but he's refused to justify his position to people back home.

"So today, in an effort to get some context, I tried to track down Congressman Perry after a public event," said Gorsegner. "For 45 minutes, I waited respectfully as the Republican waded through the crowd. But, instead of addressing me, the Congressman walked out a back way into a lesser-used exit," hiking up a hill and through the trees. Little did he know, Gorsegner and his photojournalist were parked there anyway, and followed, hiking up the hill after him. "

"How are you guys?" Gorsegner asked Perry and his District Director Jay Ostrich.

"Good, how are you?" answered Perry.

They engaged in small talk before Gorsegner made the request.

"Did you hoof it up here just to talk to me?" asked Perry.

"No, we are actually parked right there," Gorsegner responded.

"That was a long event. Are you sure? Good seeing you, Congressman," Gorsegner said.

Shortly after, he climbed into his car and left.

Read the full story at CBS21.