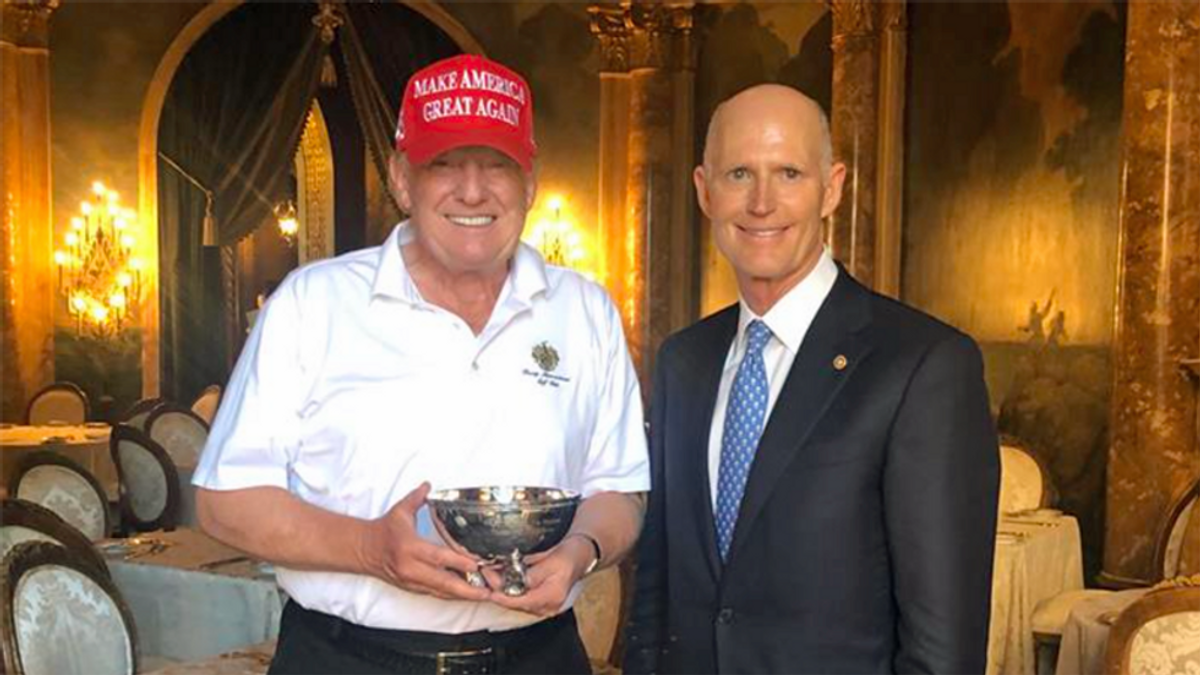 Don Lemon introduced a segment about President Donald Trump's Justice Department obtaining phone records from the New York Times, CNN and Washington Post immediately after being sworn into office. But he cracked up once he announced the two panelists whose faces were filled with disgust.

That news adds to the report that Trump believes that he'll suddenly take over the presidency in August while QAnon cultists are advocating a coup.

"It's, I mean, I can read both of your faces before I even get to you," said Lemon. "It is the height of absurdity, but here it is."

Lemon asked political analyst John Avlon if anyone should take Trump seriously about his sudden rise to power in August.

"We shouldn't take him seriously at all. He's delusional," said Avlon. "I mean, this is a guy who's insisting on recreating the emperor's new clothes every day. On the surface of his own towering, yet, fragile ego, he's willing to try to undermine our democracy. What we should take seriously, though, is the people trying to coddle his crazy for political gain. Republicans, who are willing to go along with this insanity because they're afraid to confront the base because they're afraid to confront him. Because what they're saying is -- they hate Democrats more than they love our democracy. They're willing to indulge these pathological fantasies and pretend they're ideas. They're not. And that's what we've got to take seriously as hell."

Lemon noted an earlier report that Trump is only listening to the "bottom of the bottom of the barrel" like Mike Lindell, Sidney Powell and others.

"Frankly, I care less about who Donald Trump is listening to than I care about the people who are listening to Donald Trump," said Navarro. "And look, we didn't take it very seriously, a lot of us thought — this is so absurd — back when they were talking about Jan. 6th. We thought, this can't really happen. But it is irresponsible for anybody who witnessed Jan. 6th and the entire world did, despite Republican efforts to try to whitewash it. The entire world saw insurrectionists, terrorists, attacking democracy. After we've seen that, it is impossible, it is the height of irresponsibility, not to take these things seriously. Because you don't know what the people who listen to him, albeit it's a smaller number by the day. I mean, his blog had less viewers than my dog's Instagram does. But that doesn't mean -- she does have a very good Instagram — that does not mean, you know, they're not capable of inflicting injury and death and pain and wreaking havoc and causing destruction. We've seen this movie already. So we need to take it seriously. Despite my -- you know — it requires alcohol."