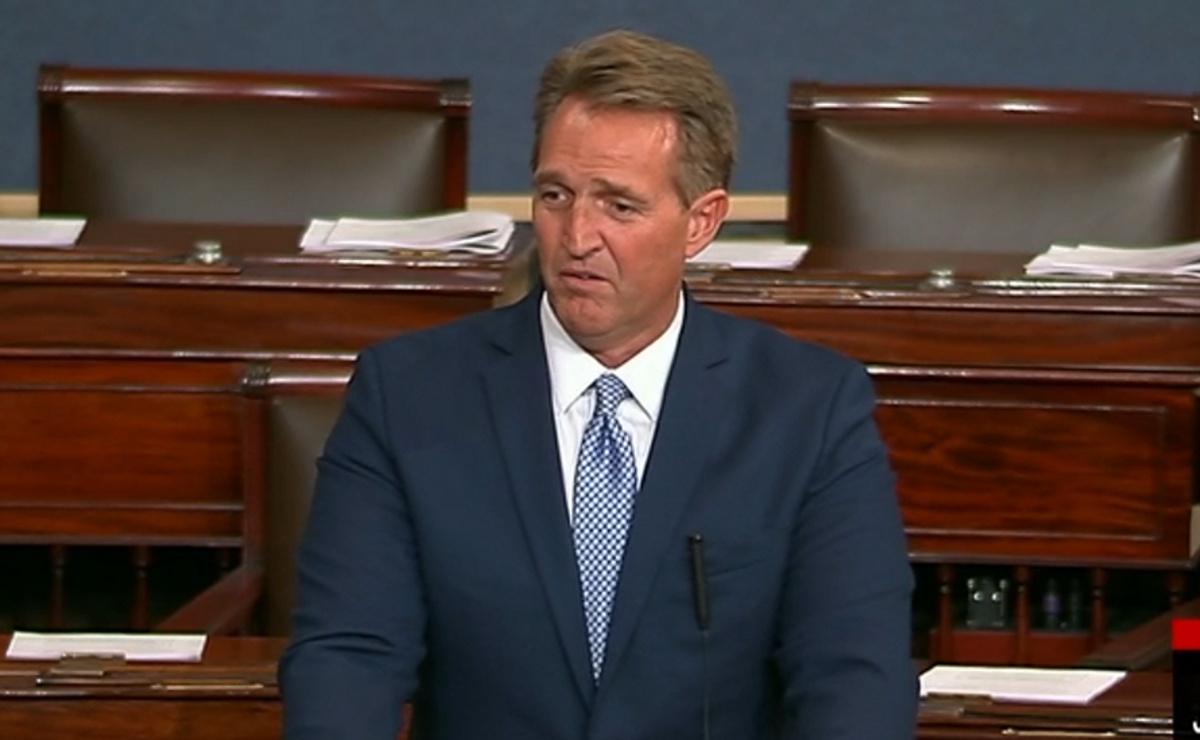 Rep. Liz Cheney (R-WY) is expected to be removed from the House GOP leadership on Wednesday during the caucus meeting. She'll likely be replaced by less conservative Rep. Elise Stefanik (R-NY) because she supports Trump and Cheney does not.

The Trump problem didn't just happen, Flake argued. It has been coming for years, arguably since the birther conspiracy. That became one of the main reasons that Flake said he couldn't stand with Trump, even if they agreed on policies.

"This allergy to self-evident truth didn't happen all at once, of course," he wrote. "This frog has been boiling for some time now. The Trump period in American life has been a celebration of the unwise and the untrue. From the ugly tolerance of the pernicious falsehood about President Barack Obama's place of birth to the bizarre and fanatical fable about the size of inauguration crowds, to the introduction of the term 'alternative facts' into the American lexicon, the party's steady embrace of dishonesty as a central premise has brought us to this low and dangerous place."

He noted that he expected speaking out would be something that his fellow members would embrace or at the very least accept.

"I remain astonished that so few did. Congresswoman Cheney, I know how alone you must be feeling. But just know that history keeps the score, not Kevin McCarthy or Elise Stefanik," he wrote.

He closed by telling Cheney to hold her head high. Even if she loses, history will prove she fought for democracy when America needed it most.