Republicans keep trying to paint Biden as a communist and socialist — but it isn’t working: columnist 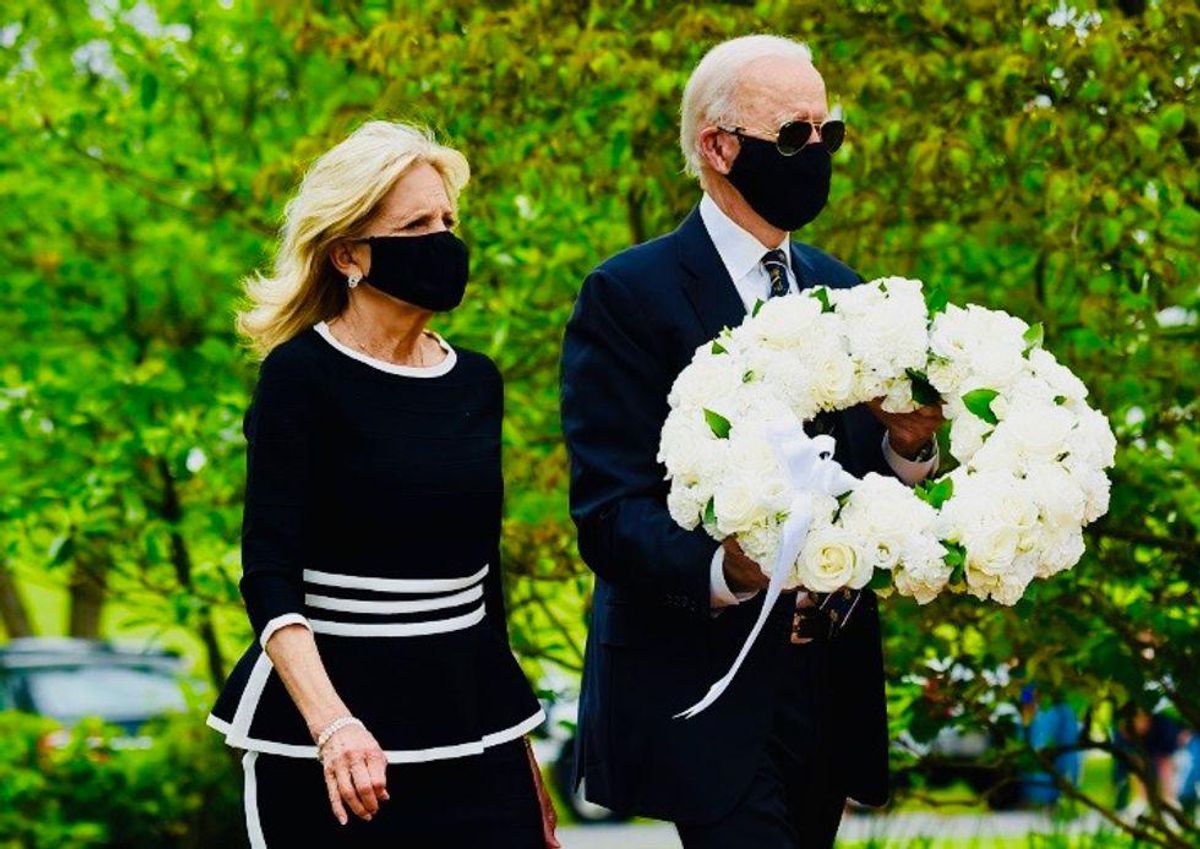 Conservative Washington Post columnist Max Boot argued that President Joe Biden is winning against the GOP because he's deploying a centrist approach to policies and solutions.

Writing Monday, Boot argued that because former Ohio state Sen. Nina Turner's loss to a centrist Democrat proves that the country is turning away from liberalism. However, he also cited Turner comparing voting for Joe Biden to "eating half a bowl of excrement." Biden enjoys a 90 percent approval rating in the Democratic party, so it may not be about centrist policies so much as a rejection of hostility in politics.

During the primary campaign, Turner's opponent, Shontel Brown, argued that with such narrow majorities for Democrats in the House and Senate, a firebrand fighting against their own party isn't what is needed. Party voters appeared to agree.

Boot also claimed that Biden has rejected inflammatory and "abrasive rhetoric" that would send red meat to the liberal base eager to attack Republicans. After five years of non-stop rage from Donald Trump, polls clearly show that people are sick of it and they crave bipartisanship.

The latest Georgetown Institute of Politics and Public Service (GU Politics) Battleground Poll in June showed 32 percent of voters rank political polarization as one of the top two issues. At the same time, Biden's constant efforts at bipartisanship hang any partisan failures around the neck of the GOP. It's even more politically dangerous given Republican Senate Minority Leader Mitch McConnell's claim to kill the entire Biden agenda. In fact, Biden managed to pass another COVID stimulus, reinstated the child tax credit and is steps away from passing a massive transportation and infrastructure package.

Boot argues that Trump's party is still leaning far to the right.

"In one recent poll, 82 percent of registered Republicans said they had a favorable view of the twice-impeached ex-president," he wrote. "Even those Republicans, such as House Minority Leader Kevin McCarthy (CA), who once accused Trump of responsibility for the Jan. 6 attack have come crawling back to him. Most Republicans in both houses opposed an investigation of the attack. Rep. Liz Cheney (R-WY) was stripped of her leadership position because of her refusal to go along with the 'big lie' that Trump won the election."

Even if Biden were to go left, the GOP has moved so far to the right that Biden would still appear centrist.

"Republicans continue to denounce Biden as a tool of the 'radical left Democrat communist party,' but the charge isn't sticking," The GOP has also tried labeling him as a socialist and even fascist. But, "his approval rating has fallen a bit, but it's still over 50 percent — a level Trump never reached." The reason is that Americans can see the difference between the claim and the truth.

He closed by saying that political commentators love to try and link both sides to being extreme, but it isn't the reality.

"Only one party in the United States has gone to extremes," he said.