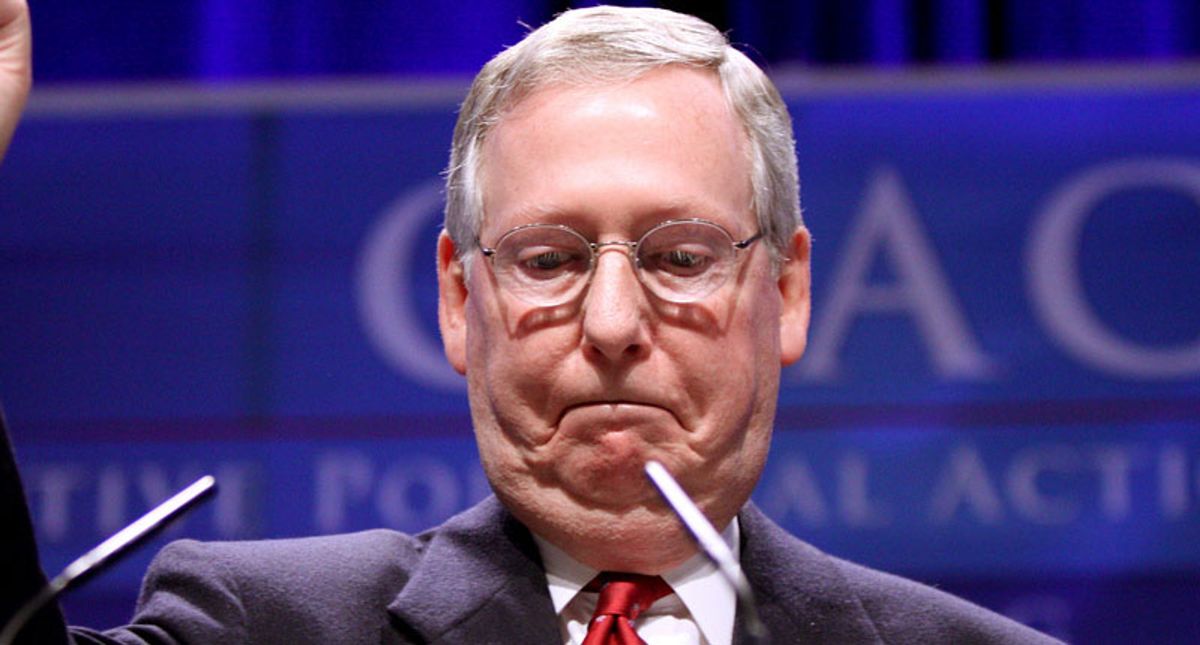 Republican senators on Saturday voiced their dismay that Democrats passed coronavirus relief without letting the GOP water it down to make Joe Biden's re-election less likely.

Learning from the mistakes from the Obama administration, the Biden administration focused on the policy outcomes of the legislation instead of focusing on the optics of attempting bipartisanship.

"The Senate approved a $1.9 trillion coronavirus relief plan on Saturday, as Democrats muscled through a marathon debate — and overcame dissent from moderates within their own ranks — to move one step closer to delivering President Biden his first legislative victory. Democrats voted to adopt the bill without any Republican support after a more than 24-hour, around-the-clock session," The Washington Post reported Saturday. "It will now fall to the House to consider the sweeping package once again before it can become law and any of the aid can be dispersed."

"The Senate's passage of the measure marked an early win for Biden and his congressional Democratic allies, who had promised in the wake of the 2020 presidential election to authorize a robust package of new coronavirus aid –- including another round of one-time checks for families -– as one of their first acts," the newspaper explained. "The relief measure includes a new round of up-to $1,400 stimulus checks for millions of Americans, $350 billion for cash-strapped cities and states, $130 billion for schools, and other sizable sums for a wide array of programs including food assistance, rental relief and coronavirus vaccine distribution. The bill also authorizes an additional $300-per-week in unemployment payments until early September, trimming the amount that House Democrats initially had approved earlier in the month."

Upon passage, Republicans issued statements complaining about the vote that will allow Democrats to take all the credit for the legislation. Many Republicans complained about the bill lacking GOP support, even though the package has the support of the majority of Republican voters.

Senate Minority Leader Mitch McConnell (R-KY) complained that the bill was not passed "honestly" because it did not allow a minority of Republicans to block the legislation.

McConnell argued, "Democrats decided their top priority wasn't pandemic relief. It was their Washington wish-list. It was jamming through unrelated policy changes they couldn't pass honestly."

Sen. Rob Portman complained that "neither the president nor congressional Democrats took any of our ideas on how to tailor it to those most in need. As a result, not a single Republican voted for the partisan bill in the House or Senate."

"With Democrats rushing this horribly flawed bill through Congress using a process designed to ensure they do not need any input from Republicans, it is clear whatever President Biden meant when he promised unity, he has failed miserably," Sen. Kevin Cramer (R-ND) said. "When this proposed legislation came before the Senate, Republicans used the tools at their disposal to push back, offering a series of amendments to hold Democrats accountable and expose their extreme agenda."

"Republican, in good faith, sought to negotiate a compromise bill that would have targeted COVID assistance to those who really need it," Romney claimed.

Sen. John Thune (R-SD) complained, "This is the first COVID bill to be entirely partisan because it isn't designed to help end the pandemic – it's a blatant attempt from Dems to jam through a partisan wish list."

Senate Republicans even put out a video complaining that Republicans were basically irrelevant in the passing of coronavirus relief.