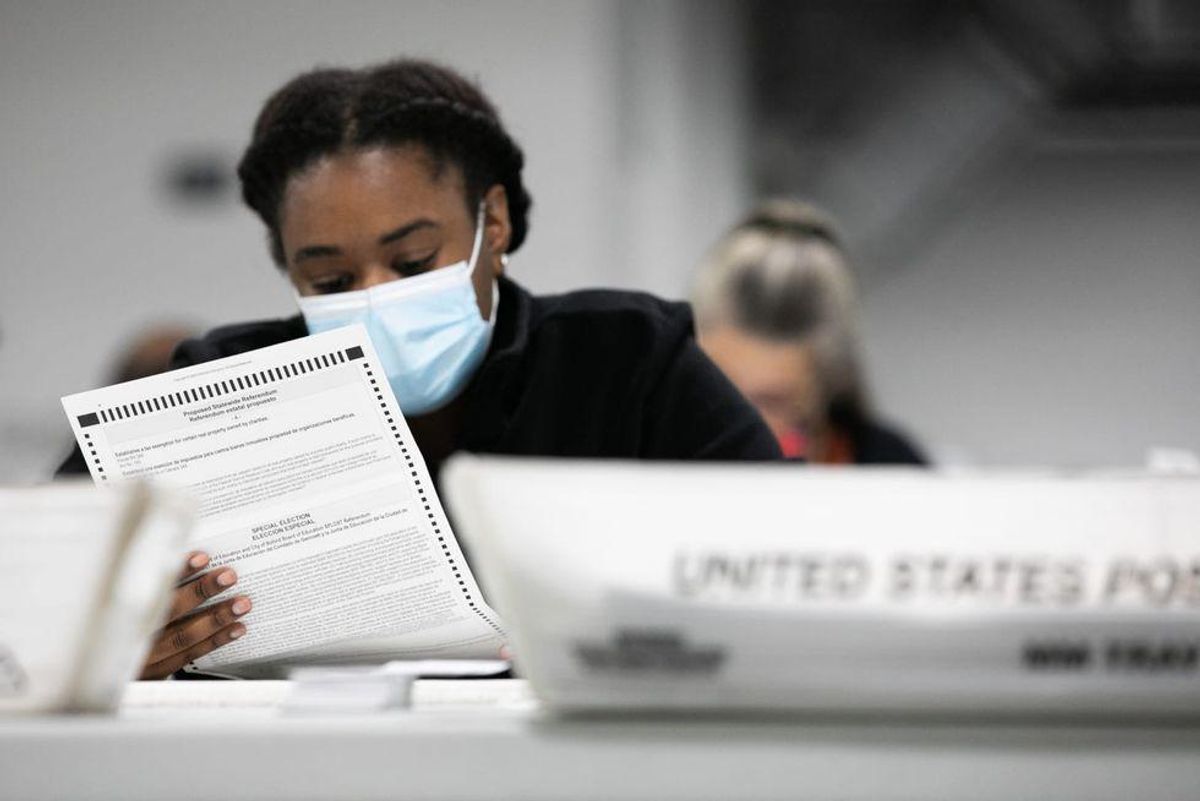 In this file photo, a Gwinnett County election worker looks over absentee and provisional ballots at the Gwinnett Voter Registrations and Elections office on Nov. 6, 2020, in Lawrenceville, Georgia. - Jessica McGowan/Getty Images North America/TNS

Georgia has already removed 101,000 voters from their rolls, but now the state is moving to take over the elections in Fulton County.

Rev. Al Sharpton described it as the very definition of nullification, "spitting on the grave of Martin Luther King and John Lewis."

The Star Tribune reported Wednesday that "the state board could eventually suspend the county board if it finds evidence county officials violated state election law or rules three times since 2018 and have not fixed violations. It could also remove the county board if it finds that during at least two elections over two years the board has shown 'nonfeasance, malfeasance, or gross negligence.'"

While that might sound reasonable if negligence occurred, those taking over would have an interest in nullifying a greater number of votes in Fulton County. Sharpton also noted that the people defining "nonfeasance, malfeasance, or gross negligence" have an interest in finding something wrong to maintain their own power.

The proposed law would allow any lawmaker representing a county to request a "review" of an election official.

Fulton County Board of Commissioners Chairman Robb Pitts thinks that the new law will ultimately turn into a GOP takeover of a Democratic county.

"This is the result of a cynical ploy to undermine faith in our elections process and democracy itself — it is shameful partisan politics at its very worst," said Pitts.

Georgia's AME Bishop Reginald Jackson said that the high turnout of Black voters due to the voter registration and GOTV efforts was instrumental in electing Joe Biden and the two Democratic Senators.

"Today, it is clear that the Georgia Republican Party is scared. Since they no longer can win elections based on ideas, policy, leadership or morals, their only pathetic course of action is to try to take legitimate votes away," he said in an email to the Star Tribune.